#ViajoSola: Why are we still victim blaming solo female travellers?

Maria Coni and Marina Menegazzo were two women in their 20s who decided to backpack through South America together. The women, from Argentina, were found dead and dumped in rubbish bags beside a beach in Montañita, a popular tourist destination in Ecuador.

Following the reports of their deaths, people questioned what the women were wearing and why they were travelling without a man, instead of sharing concerns about who the men were, why they had killed them, and whether they had been arrested.

Unfortunately, when women find themselves abused, raped and murdered, the discourse tends toward blame. It’s a woman’s fault for travelling alone, her fault for befriending strangers, her fault for wearing tight clothing.

Earlier this year a Japanese musician, Asami Nagakiya, was killed at a carnaval in Trinidad. A lover of the local culture who frequently performed in the procession, Asami had visited the event on several occasions. This time her body was found in the bushes after she was strangled and left for dead. The city’s Mayor, Raymond Tim Kee, said her murder was her own fault.

“The woman has the responsibility to ensure that [she is] not abused,” he said of the situation.

“And my argument was you could enjoy Carnival without going through that routine … of prancing and partying,” he went on. “Then why you can’t continue with that and maintain some kind of dignity?”

It seems a woman is everyone’s property but her own. Our bodies are there to be looked at, ogled at and owned. A billboard the size of a pool might feature an image of a woman with mountainous cleavage, a music clip can include women and their bouncing bums in hotpants, then there’s the imagery in pornography and adult magazines, but if a women should feel powerful and independent enough to express her femininity and freedom in real life, go to a party, get drunk, wear a miniskirt, travel alone, whatever, it’s condemned, it’s a risk and it’s dangerous. Women can be looked at, their bodies can be enjoyed, but not by themselves.

Jayn Griffith said it perfectly in her piece for The Establishment. “Our bodies and sexuality have been made into a catch-22: You can look at a woman’s body, but she can’t show it. You can enjoy our bodies, but we can’t.”

The message is that a woman’s body is not her own to enjoy, and not just the sexualised image of her body, but her self, her freedom, being out there alone in the world, because she is owned by everyone else. And if she does enjoy herself, her body, her freedom, it’s her fault if something happens, because she should have known what men want to do to her. It’s dangerous to act so freely. And it’s unsavoury. 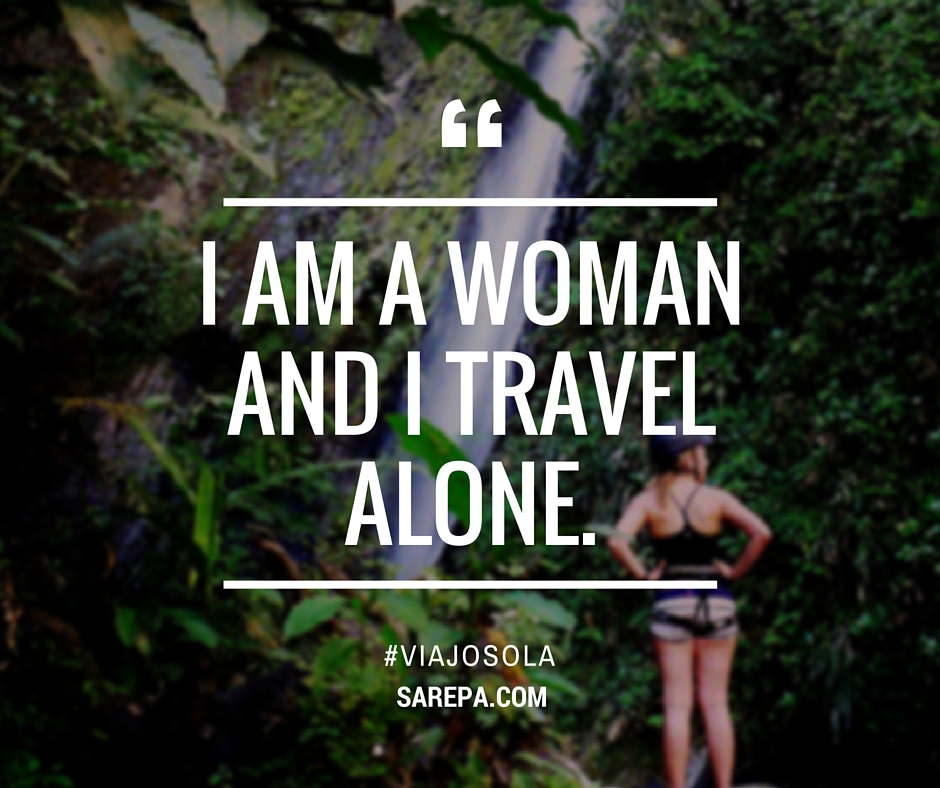 In 2013 there were protests outside a popular Colombian restaurant called Andres Carne de Res in Chia following the owner Andrés Jaramillo’s comments about an alleged rape that reportedly took place on the premises.

“A girl arrives with an overcoat and a miniskirt underneath, what is she playing?,” he said at the time. “And later, to be forgiven for her sins, she says she is raped.”

Since we’ve reached this point, can I just say it’s time that we stop putting women on a pedestal? People love to think women should be calm, righteous, do-gooders who don’t wear mini-skirts, don’t have casual sex, don’t swear, don’t get drunk, don’t go to parties and, god forbid, don’t travel alone.

Some of us do all of these things, and just because we do doesn’t mean it’s an invitation to be raped, abused, cat-called, looked down upon, molested or murdered. And it certainly doesn’t mean any of these actions are an invitation.

Just like Maria and Marina, I was just 21 when I first travelled abroad. I was 21 and living in Spain. I stayed with a host family and studied at a local school. I’d wake up at sunrise each morning to get ready and make it in time for the early-morning class.

The walk was a good 15-20 minutes, but I loved the city and the way it looked in the morning light, so I walked alone rather than catching the bus. One morning I saw a man in a green uniform cleaning the local square that I was walking through. I walked past him and he followed me.

More than just follow me, he began to talk to me, he asked me questions. But because my Spanish wasn’t so good I just smiled and shrugged, not understanding what he said. I attempted to walk away. He came closer, this time grabbing my face. He pulled it towards him and tried to kiss me. Luckily I was able to squirm out of his grasp and rush off in the other direction. But I was in shock.

All too often too much inquiry goes into the woman and what she did to “invite” abuse, rather than into the men who commit it. Hopefully Maria and Marina’s experience will not be in vain and their memory will help to change how we view female victims of violence, and how they are too often blamed and shamed for crimes committed against them.

What have your experiences been like travelling abroad as a solo female traveller? Let me know in the comments section. 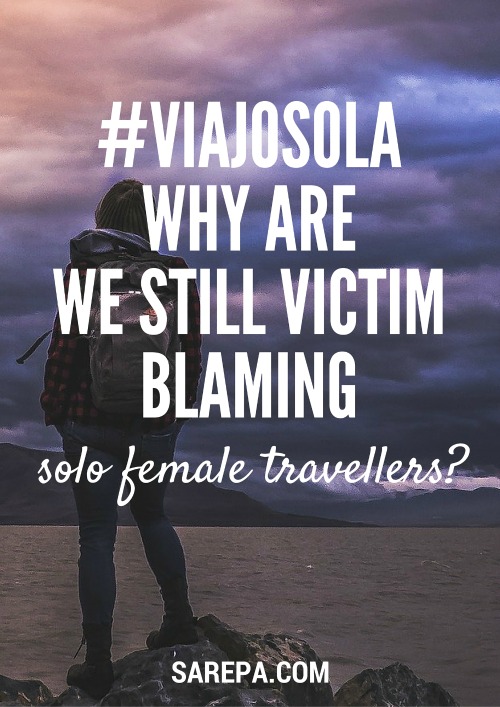