Blending into my Spanish film fantasy 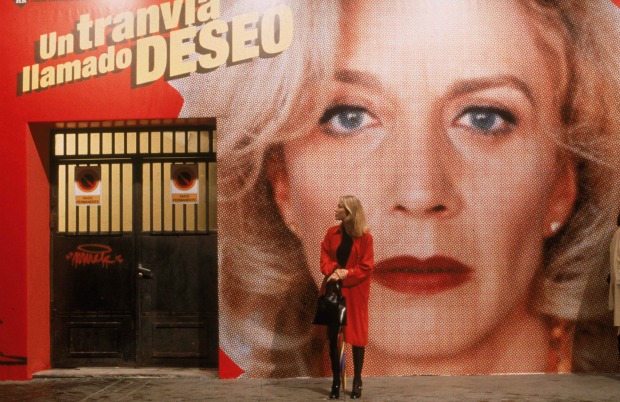 I think the first Spanish film I ever watched was a movie called All About My Mother. I was at university, studying arts and philosophy. I had itchy feet and wanted to get out of my hometown, the English-speaking world, my childhood cul-de-sac. It was after I watched this film that I decided, not only did I want to live in the Spanish-speaking world, but I wanted to live in a Spanish film.

In All About My Mother there were transvestites, nuns who slept around, a sad storyline and a strong and independent woman at the centre of it all. To me, it sounds like a strangely-enticing adventure.

Then the obsession took hold.

I watched more films, went to Spain, I studied Spanish. I even dyed my hair black, wore dark eyeliner and listened to Spanish radio. I drank red wine in quiet bars and watched flamenco. I clapped my hands together to unfamiliar beats.

One afternoon in Madrid a couple of backpackers came up to me in the street and asked, in a heavy American accent, “Holah, dóndey estáh esta direction?” Hello, where is this address?

I was chuffed. I’m blending in, I thought.

“Two streets that way.” I said, feeling rather excited.

Another time, a delivery guy yelled something out to me in the street on my way to school, I think it was a question, or maybe he was just telling me to get out of the way.

He yelled louder. This time waving his arms about.

I smiled uncomfortably, and slowly, awkwardly, slinked away in the other direction.

For my month in Spain, I was living my Spanish film dream. And, I was blending in. Sure, my friends weren’t transgender or nuns taking leave from the church, more like homestay families and other Australian students I met at the Spanish school I was attending, but I was on my own adventure.

When I visited Colombia, though, I didn’t try to blend in so much. No long black hair, no big earrings, no tight jeans. Perhaps I haven’t watched enough movies to be inspired by the dress-code? Or perhaps Colombian films are still too often show us the unsavoury side of the country. I don’t feel terribly inspired to dress like Rosario Tijeras, for example.

But what about you?

Do you try to blend in while you’re living or travelling abroad? Do you just dress the same as you normally would at home? Or do you find your dress sense is subtly influenced over time? I’d love to hear about it.