Should Colombia’s Miss Universe give up her crown? 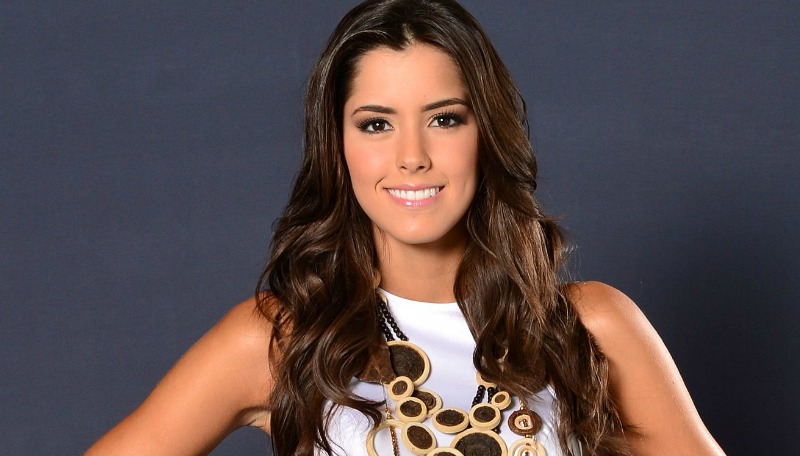 Since announcing his presidential candidacy in the United States last month, real estate magnate, Donald Trump, has faced quite the controversy, and not just surrounding the state of his hairpiece.

He recently made comments during a public address about illegal Mexican immigrants, saying: “When Mexico sends its people, they’re not sending the best. They’re sending people that have lots of problems and they’re bringing those problems.

“They’re bringing drugs, they’re bringing crime. They’re rapists and some, I assume, are good people, but I speak to border guards and they’re telling us what we’re getting.”

Television networks have since distanced themselves from the man, brands and companies have decided they want nothing to do with him and even Colombia’s very own Miss Universe, Paulina Vega, has denounced his comments, saying they were “hurtful and unfair.”

But Donald Trump is indeed one of the part-owners of the Miss Universe pageant contest, along with NBCUniversal, and has shot back at the Colombian pageant winner, suggesting her actions would speak louder than her words.

“Miss Universe, Paulina Vega, criticised me for telling the truth about illegal immigration, but then said she would keep the crown-Hypocrite,” Trump tweeted out to his 3.1 million followers.

But how true were his comments, and should Paulina give up her crown as a result?

According to the Pew Research Center, there were around 11.2 million illegal immigrants in the United States in 2012, with about half of them being from Mexico, though the numbers have been declining.

In November, United States President Barack Obama noted that the situation of illegal immigration had reached uncontrollable levels and announced changes to the Department of Homeland Security policy, which would allow some children of illegal migrants to apply for a two-year working permit and save them from deportation.

“You can come out of the shadows and get right with the law,” President Obama said.

The state of the U.S. immigration system is a complicated one, and not something I know enough to comment about with any great authority. But, to me, demoralising a whole group of people, by saying the vast majority of illegal immigrants in the United States are thieves, crooks and rapists, is unfair.

You just have to take a look at the following image, captured by Humans of New York photographer, Brandon Stanton, to realise the story is far more complicated than Donald Trump could ever have the patience to realise.

The caption under the image of the girl, dressed in her graduation gear, reads: “I’m an illegal immigrant.”

With more than 400,000 likes, 12,000 shares, and approximately 7,000 comments, the issues of illegal immigration in the United States is, no doubt, a complex and heated one.

“And probably working harder than most who are legally there! You go girl!” said another.

But, should Paulina Vega take a stand on the issue and throw in her Miss Universe crown in the bin to distance herself from Donald and his comments too?

She says she has no intention of giving up the crown because “the Miss Universe organisation does meaningful social work in communities around the world.” And that she intends to continue that work, regardless of the affiliation between the pageant and Donald Trump.

What do you think? Should Paulina give up her crown? Or were her comments against Donald Trump action enough? Share your thoughts with me in the comments section below.