How and where to spend Easter in Colombia 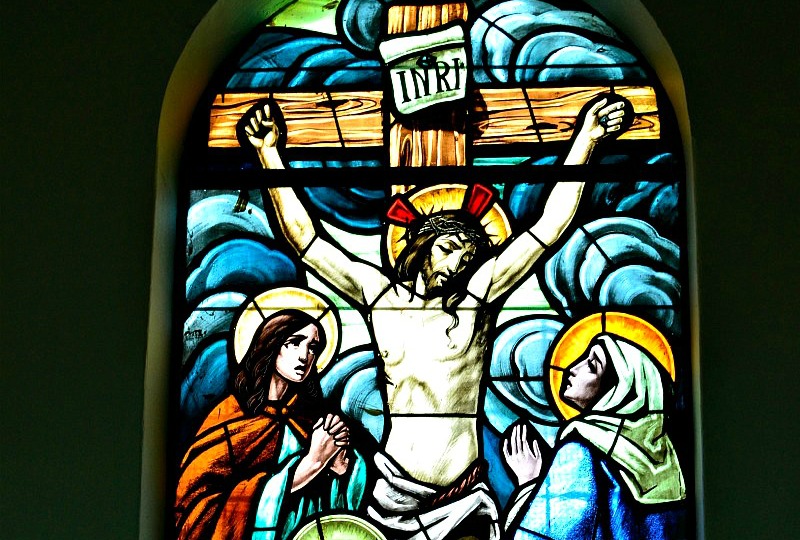 Easter in Colombia has got to be one of the most significant and busiest times of year in the country. With local culture deeply rooted in Catholicism − more than 90 per cent of Colombians identify themselves as Catholic − there’s no shortage of events, ceremonies, processions and parades to familiarise yourself with while in the country.

Catholicism was introduced to Colombia in the early 1500s after the Spanish colonised the area. The Spaniards forced their religion onto the local indigenous population, eager to eliminate any trace of local belief and practice. They weren’t too successful initially, and even now, despite such a large percentage of the population in Colombia considering themselves catholic, there is still a deep-rooted blend of catholic belief and indigenous practice.

For example, in September in Chocó there is a celebration called the Festival of San Pacho, or Saint Francis of Assisi, the patron saint of the department’s capital, Quibdó. The festival is a multi-ethnic celebration and a mix of cultures and religions which includes a traditional catholic processions as well as African-style dances and indigenous costumes. But this blend of cultures and beliefs can be seen all throughout Colombia and Easter is no exception.

If you do happen to be spending Easter in Colombia, be sure to put some of these sites on your list of places to visit because of their cultural importance, beauty and history. 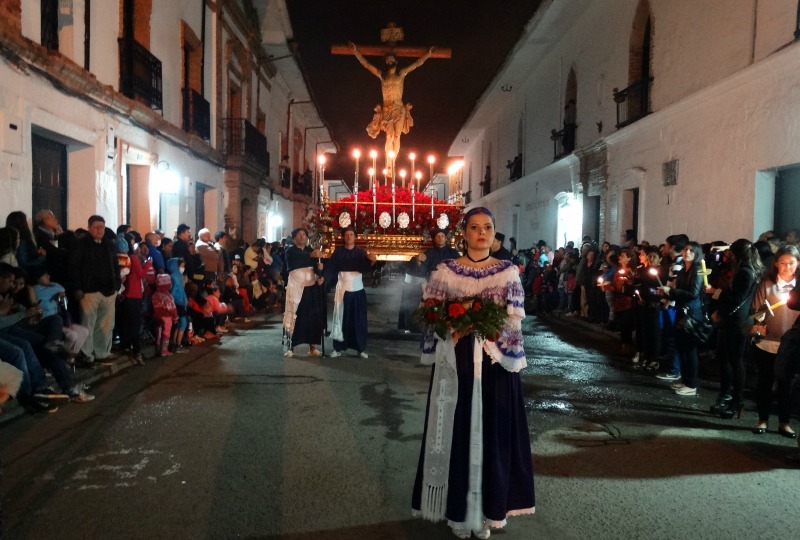 The Holy Week procession in Popayan is known to be one of the oldest traditions in Colombia and was named a UNESCO Intangible World Heritage site in 2009. It is extremely organised, with the entire city as well as tourists and out-of-towners all getting involve to take part in the event. Hand-picked locals carry large statues throughout the city of Popayan, with each statue representing the life, death and rebirth of Christ. It is considered a great honour to be selected to take part in the ceremony, with the statue carriers, called cargueros, often wearing their calloused shoulders as a badge of honour. 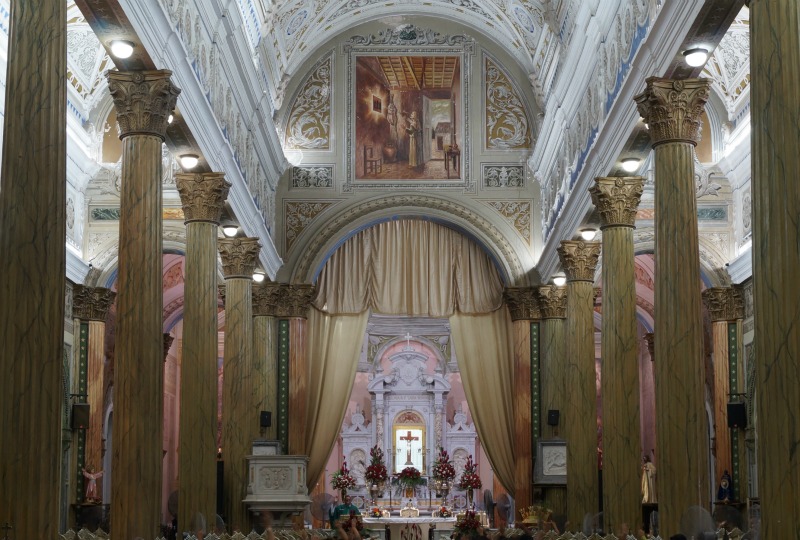 People from around the country, and the world, gather at the basilica to marvel at the canvas of the Virgin Mary each year especially at Easter time. The canvas portrays the Virgin Mary with baby Jesus in her arms and a rosary in hand. The image was commissioned in 1560 by the Spanish and it’s said that the image was poorly treated and faded. Several years later, the image reappeared, as though it has been restored and this is said to be the miracle of  the Virgin Mary in Chiquinquira. The name, Chiquinquira even means “place of worship for the Gods” in the indigenous language of the ancient Muiscas. It’s a place of pilgrimage and is home to several significant places of worship. 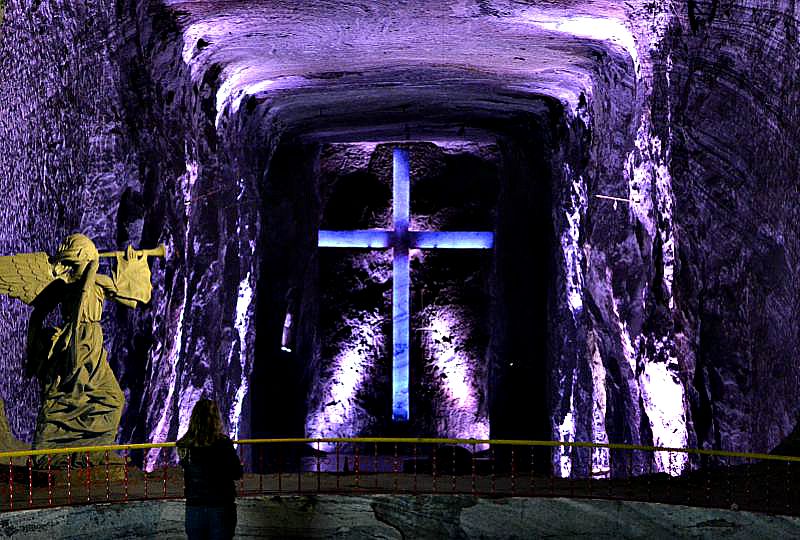 Considered to be one of the most impressive wonders in Colombia, the Salt Cathedral of Zipaquira is an important place of pilgrimage for believes and tourists alike. The busiest day of the week is Sunday at the Catedral de Sal, when thousands of people walk through the illuminated tunnels, but Easter is when the real crowds pour in. If you pay a visit on Easter Sunday, I’d suggest going early. 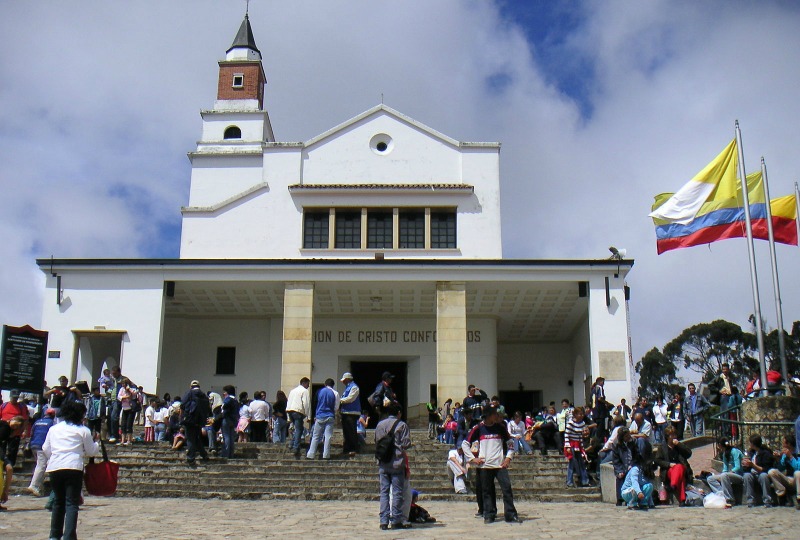 Each Easter Bogota locals and tourist climb the 3km hike to the top of Monserrate. But instead of walk up the mountain, they climb it on their knees as a sign of worship, devotion, penance and gratitude. The path eventually makes its way up to the church of the Fallen Lord. It’s probably best to avoid making this trip with your partner, though, because a local myth says that any woman who brings her boyfriend to visit the church will never, ever, marry him. 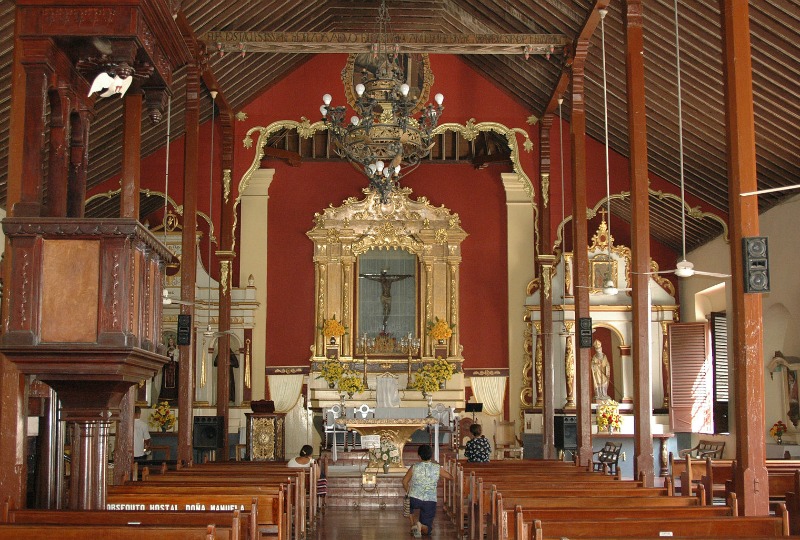 Declared a Historical and Cultural Heritage Site by UNESCO in 1995, Mompox is known for it’s magical realism and actually inspired much of famed author Gabriel Garcia Marquez’s work. The city sits on the Magdalena River in the north of the country and is known for it’s unique Easter processions where pilgrims take two steps forward and one step back. It’s said to be one of the most vibrant times of the year to visit the colourful city.

Easter celebrations in Santa Fe de Antioquia are also one of the oldest and most beautiful in the country, with more than 350 years of tradition. Local women lead the processions with incense and flowers, while the statue bearers follow behind them and pilgrims and tourists alike watch on from the crowded streets. 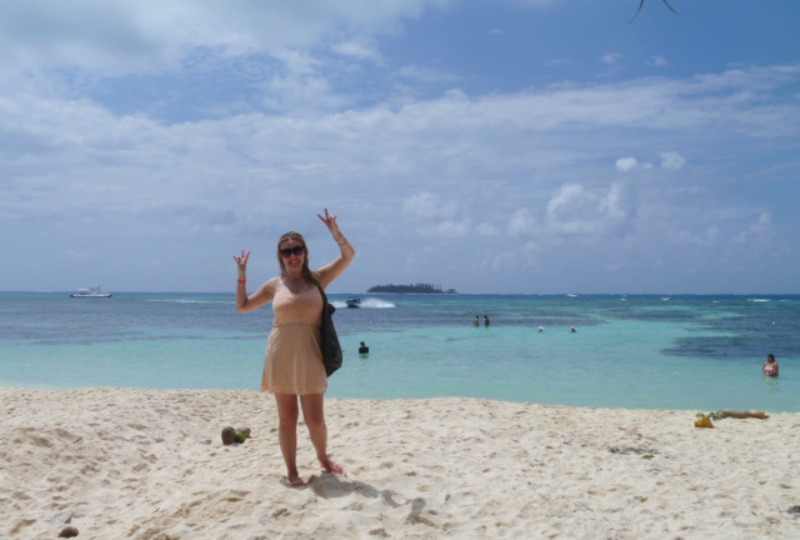 And, of course, if you’re not terribly religious and want to party instead of pray, then there’s always the option of heading to San Andres island which is where many of the locals go to enjoy the holiday season.

Want to learn more about Easter in Colombia? Check out my video:

Where have you spent Easter in Colombia? Let us know your tips in the comment section below. 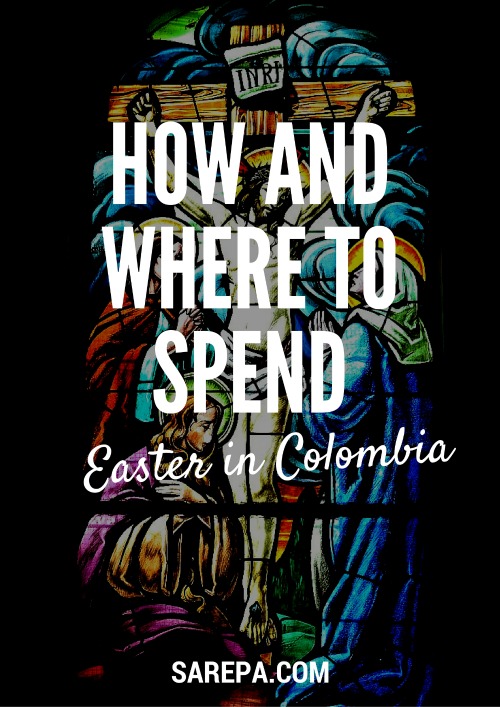