Surprising differences (and similarities) between Colombia and Iran 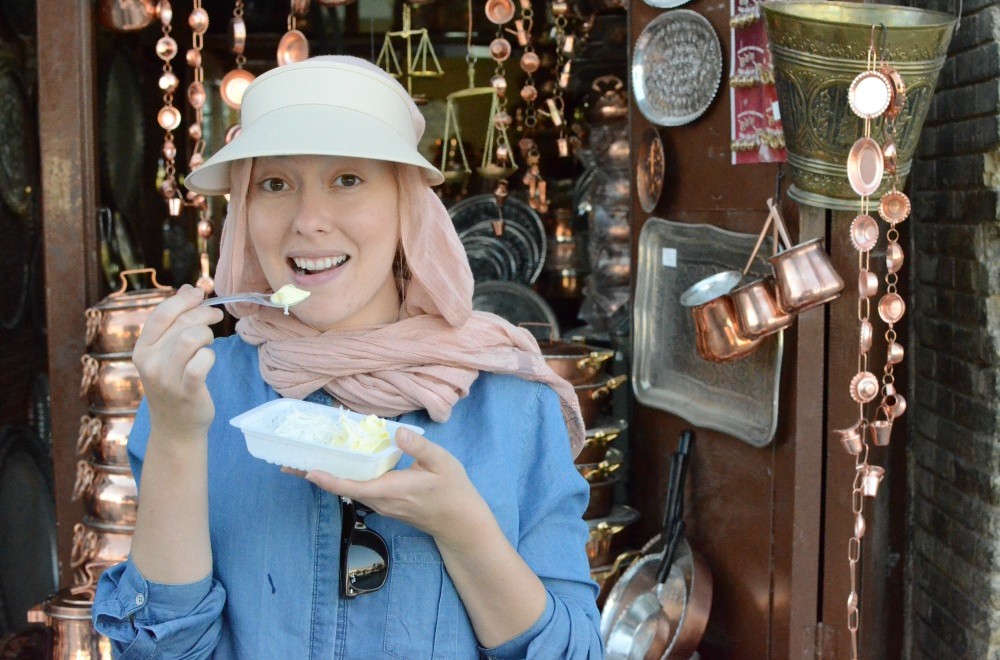 Arriving in Iran for the first time, I had this idea in my head that because it’s a developing country, and because it’s also represented in a very one-sided way in the media, that there might be some similarities between how Iran and Colombia respond to the outside world. Perhaps they question their identity in the same way and invite foreigners to experience their culture in a similar way, too?

But I have to say, I was absolutely wrong about my expectations of Iran and in so many unexpected ways. From how people view themselves to the impact religion has on people’s everyday lives, I was completely surprised by the differences between Colombia and Iran (and some similarities, too) and not in the way you might expect.

I must say, though, I only experienced such a small area of Iran and I wasn’t there for terribly long, so this is really just a snapshot of what the country is like. But here are some of my first impressions and observations about the differences between the two countries. 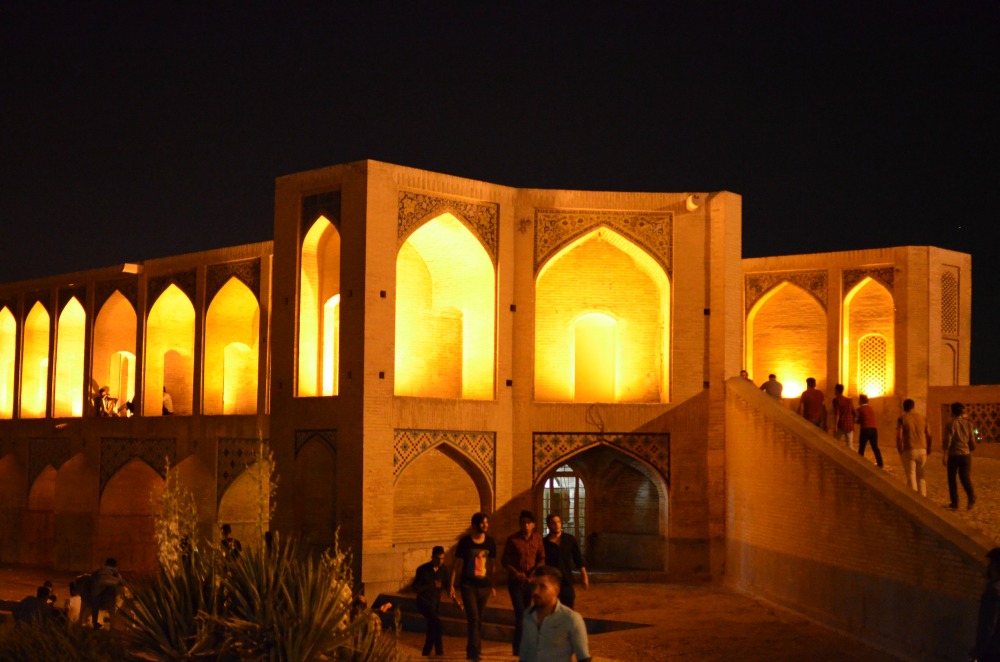 In Colombia, people are generally very proud of their homeland and eager to share the best the country has to offer to the outside world. They’re eager for the outside world to see the most positive aspects of the country and are disapproving of those who might be more critical.

Not too long ago I boarded a plane from Medellin to Cartagena. Once we’d arrive in Cartagena, we touched down and approached an information desk for a map of the city.

A group of girls were standing in front of us and when the person behind the desk asked where they were from (in Spanish), they answered (in English with a very heavy Colombian accent) that they were from New York. Not Medellin, not Colombia, but New York. I saw that desire in people time and time again, young and old, to be anything but Colombian. Boy, would I love that to change, that’s what this blog is all about.

But Iranians, at least the Iranians I met and saw through my brief travels, are much more sure of their cultural identity and their place in the world. They might not be proud of all aspects of their country, or its history, but they know their identity. They don’t want to convince you that they’re friendly or interesting or important, they know it and they’re proud of it. They’re especially proud of the long history of the Persian Empire, an empire that once extended from modern-day Libya and Ethiopia to India, and that pride and sense of place in the world is a legacy that has been left behind. It gives them something to hold onto when the outside world criticises them, it gives them something to be incredibly proud about, no matter what. 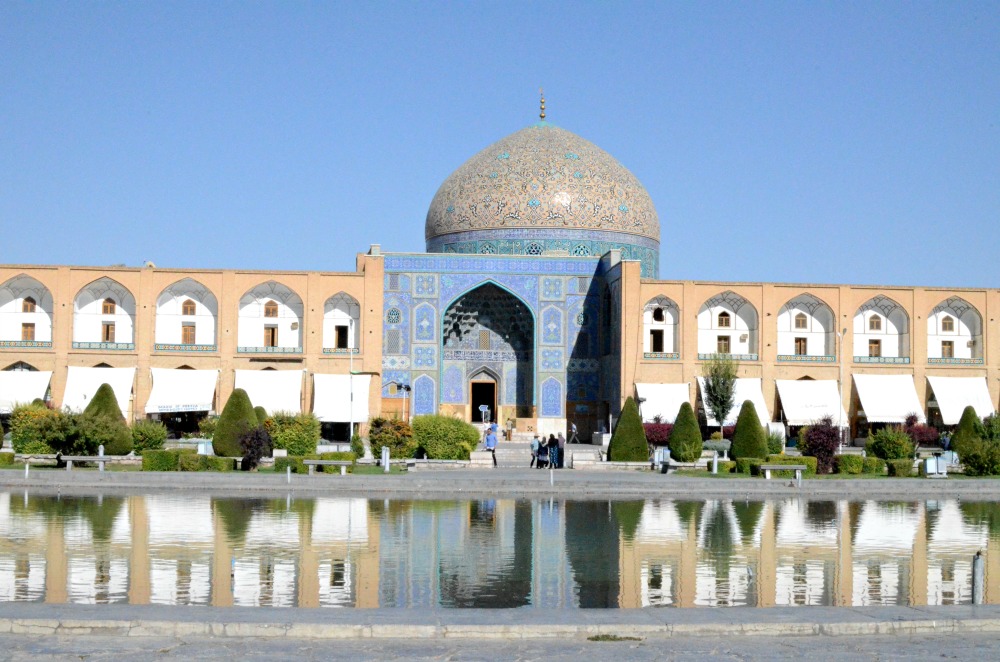 You know what, visiting the Middle East and Iran for the first time, I expected that religion was going to have such a strong hold on society that there wasn’t going to be much room for anything else.

But the interesting thing is, religion and culture as so tightly bound in Iran that it’s hard to determine which is which. This makes it extremely complicated to understand and appreciate, especially as a foreigner.

There are religious processions that occur on the streets, there are calls to prayer that sometimes can be heard over load speakers, there are mosques in all the cities and towns and on the sides of mountains in the middle of nowhere, but it’s hard to tell if people follow religious cues because they believe, or because they have been nurtured to act in a certain way, or a mixture of both.

Religion also has a tight grip on everyday life in Colombia that’s not too dissimilar to Iran. And that might sound strange, because religious rule is enforced by the law in Iran, but many people in Colombia follow religion because Catholic faith has been so deeply ingrained in people’s lives that it truly impacts the decisions of communities, families, schools and even political parties. 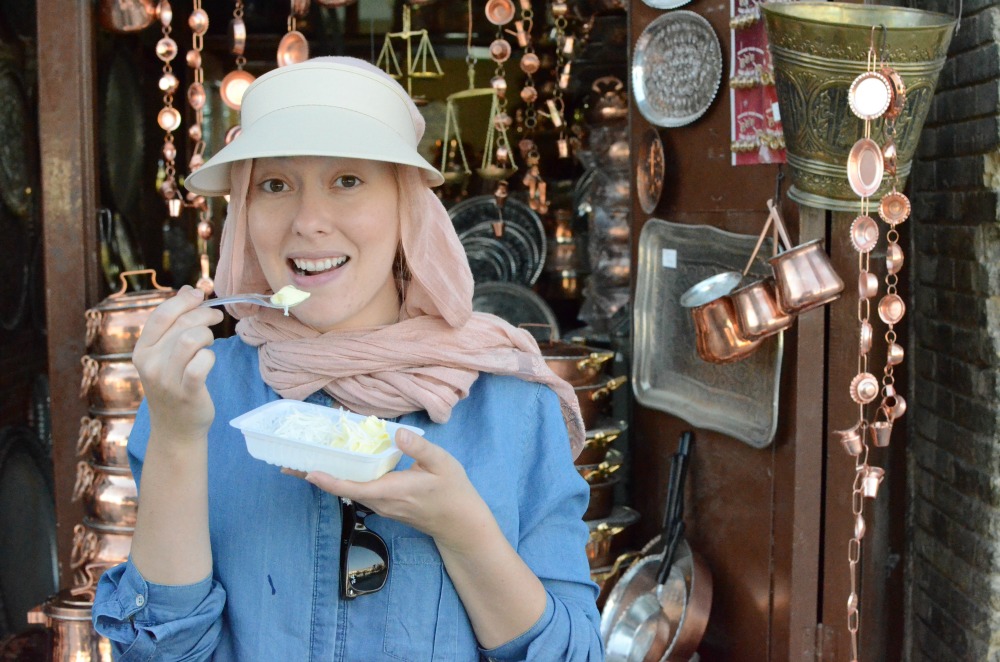 There are some great food combinations in Colombia – hot chocolate and cheese and fruit salad and cheese (cheese, cheese, cheese!), just to name a few – and there are some great food combinations in Iran, too, like frozen noodles with ice-cream (more on that to come!) but the food in Iran is nothing like I have ever experienced before. There are spices, pickles, curries, stews, yogurts, teas, breads and it’s all created with care, often through recipes that have been passed down from generation to generation. The only dish I wasn’t a fan of was Halim, a cinnamon porridge with shredded lamb, but more on that later. The food in Iran really couldn’t be any more different from the food in Colombia! 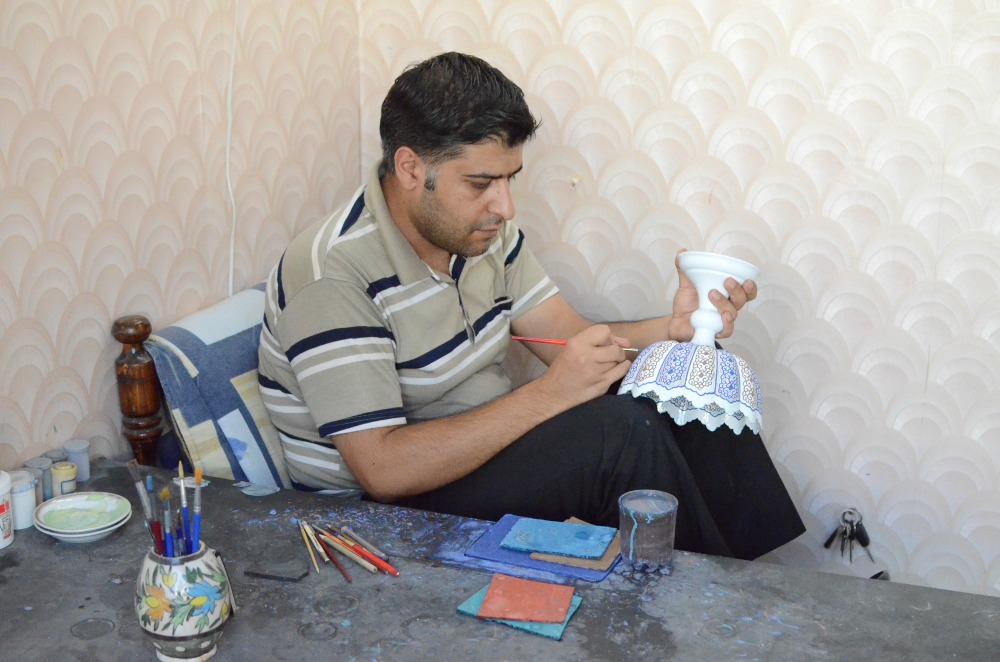 One of the most frustrating things about living in Colombia is the emphasis people put on class. I really couldn’t care less if a person lives in the North or the South of Bogota, or if they shop at the high class supermarket or not.

But having money, going to the best schools, driving several cars, having a great last name, these are all highly valued representations of class in Colombia and some people really like to show off that wealth and privilege. I found the opposite to be true in Iran. I met a variety of people from different socio-economic backgrounds, and I swear to you I wouldn’t have been able to tell the millionaire from the market seller unless someone had told me.

Not once did I hear someone bragging about what suburb they live in, or what car they drive, or how much money they earn, what school they went to, how many times they’ve been to Miami or how much better they are than the social class below them, not even close. And what a wonderful surprise that was. I’ve since discovered the reason behind this lack of gloating and showing off is the fear of what is called ‘The Evil Eye’ or the bad luck that can occur when someone because jealous about what you have.

People will often have charms or talismans called Nazars hanging up in their homes which are supposed to ward off the Evil Eye and stop bad things from happening.

“I love your hair,” I said to a new friend in Iran just a few weeks ago. “I wish my hair was as thick and as beautiful as yours.” Instead of thanking me for the compliment, she looked surprised and quickly said “Mashallah” which is supposed to ward off the bad luck, too, and loosely translated to mean “God has willed it”. I think this fear of your luck running out actually stops people from big noting themselves in public and encourages them to be much more modest about their lives, their possessions and even their social class.

Have you ever been to Iran? Or perhaps you’re Iranian and can shed some more light on some of the things I’ve mentioned above? I would love to hear from you. Please leave me a comment below.

colombia traveldifferences between Colombia and IranIran Travel
by Sarepa
1 Comment