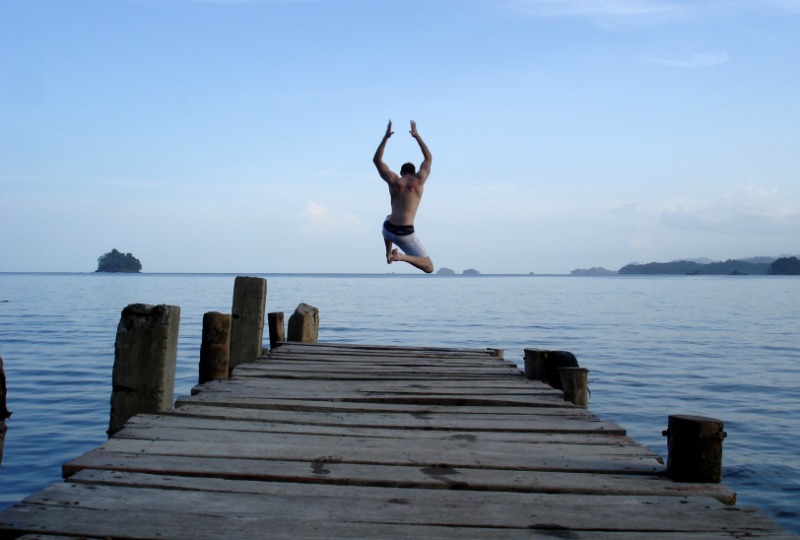 I love hearing about how expats managed to make their way to Colombia for the first time. Some finally visit after dreaming about it for years, while others somehow just stumbled into the country by accident. Peter Low’s experience was much more the latter after he joined his friend who had just started working in Cali. But after many years and a business venture to boot, it doesn’t look like Peter will be uprooting any time soon. Here are his stories about moving to Colombia and what it is like to learn Colombian Spanish, too. 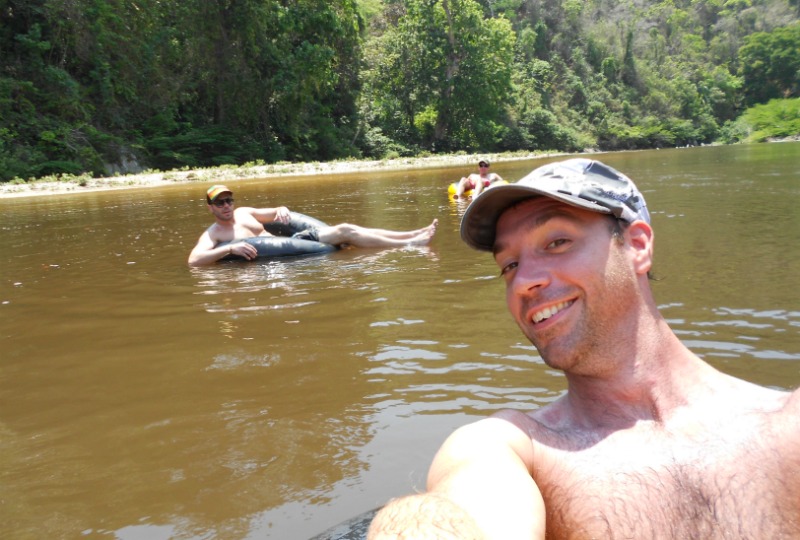 Name: Peter Low
Country/city of origin: Near London, UK
Where you live in Colombia: I go back and forth a bit these days, but Medellin is my adopted Colombian city.

I first arrived here back in 2007, but honestly it was quite against my will that I ever came at all. I’d just finished university then and, without any immediate plans for work afterwards, I decided to go travelling with a friend who was about to start a job in Cali. I wanted to go straight to Venezuela, but had to come first with him to Bogota as he already bought his plane ticket.

Suffice to say that after travelling along the Caribbean coast for a month I took quite a shine to Colombia. Later in my trip, I headed to Medellin, where I was supposed to stay for just a few days. But something about the city immediately grabbed me and I quickly found myself wanting to stay longer.

I couldn’t move here straightaway as I’d run out of cash and had to head back home to work. A few months of hard graft later and I had cobbled together enough cash to return – this time around to study Spanish. Well, those six months flew by and I still didn’t find myself wanting to abandon Colombia. So, after much searching, I eventually got a remote position writing about Colombian politics, and extended my stay even longer. I’m not sure I’ll ever fully disentangle myself from the place again.

Much as it shames me to say it now, I was very apprehensive about coming to Colombia first time round. I didn’t know anything about Latin America before I arrived and held the typical view of someone who has never been here. In other words, in some part of my brain, I thought I was headed to a warzone where I’d be in danger of getting kidnapped on arrival.

I’ve never experienced such a dramatic reversal in my opinion of a country as the one I underwent when I arrived to Colombia. From the outset, I was treated exceptionally well and welcomed warmly wherever I went. I confess that I felt much safer here than I had travelling in many other countries with a much better international reputation, and was consistently impressed both by the urban and natural environments the country has to offer.

You have a company called ColombianSpanish.co. What is it all about and what inspired you to create it?

The aim of the site – along with the eBook and other learning tools I’ve since developed – is to teach people how to transition away from formal, textbook-style Spanish and to start speaking like a local. This includes explaining slang terms unique to Colombia, but it’s far from only about that. In fact, a big focus for me is on the idiomatic expressions and phrases from international Spanish that are used in Colombia and which are essential for any social interaction here.

The idea for this originally came to me years ago, during my first few months in Colombia. I was a seriously keen student of Spanish, but I found that all the sources I was using – from classes to textbooks – taught an overly formal version of the language which bore little resemblance to how my local friends would speak. I also found that these tools didn’t cover the hundreds of little turns of phrase (stuff like: “what have you been up to?”, “by the way”, “you’ve gotta be kidding me!”, “long time, no speak!”) that I’d always taken for granted in English, but suddenly found myself lacking in Spanish. I never realised how important these were in my life until I no longer had access to them.

Fortunately, I was a bit obsessive about learning such things and, over time, I gradually compiled a huge list of expressions and slang which were to later form the basis for the book I released in

2015. It’s a bit tricky to describe the exact format of the publication as my aim was to make something unlike the usual study aids, like dictionaries and textbooks, that are pretty dry. Instead, I tried to create something more light hearted and accessible that had less of the endless grammar descriptions and exercises, and more on funny quirks of the language and on the struggles us foreigners face in adapting to life in Colombia.

A reviewer once summarised the book as being more like a travel guide through the Spanish spoken in Colombia, rather than resembling a traditional textbook. I think that’s probably quite a good description. 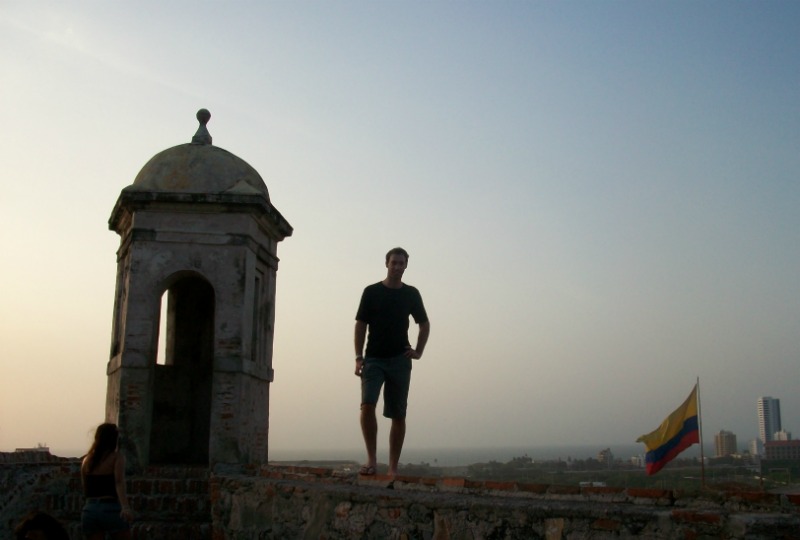 I took Spanish classes in a few different countries before studying here and came to realise that there a few different factors that you have to weigh up when deciding on where to study Spanish. Price is important, but you also need to take into account things like the quality of teaching, the opportunities to enjoy yourself outside of class, the ease of understanding the local accent, the approachability and friendliness of people, and so on.

There’s always a bit of a trade-off between these – the cheapest places, for example, might not be that fun to live in – but it seems to me that Colombia offers a uniquely great mix. The classes are very reasonably priced, tuition standards are high, the weather is great (perhaps not in Bogota!), people are very friendly and the Spanish spoken is generally clear and easy to understand. I may be biased, of course, but I’d struggle to recommend another Spanish study destination more highly than Colombia.

It’d have to be el ajiaco. Closely followed by sancocho, though.

For me, it’s the cultural aspects of living here that have been some of the most challenging. In particular, the priority that Colombians give to spending time with their family versus spending it with their friends is, I think, the reverse of what it is for us Brits.

Back home, I was used to living with friends and spending almost all my free time with them too. Generally, we see our families much less often than our close friends. In Colombia – at least, in my experience in Medellin – it seems that much more of people’s spare time is dedicated to the family (not least because everyone stays living with their parents for far longer). In this context, hanging out with friends tends to be limited just to Friday and Saturday night. It’s a different approach, but as a foreigner without any family here, it took me some time to fully adapt to. 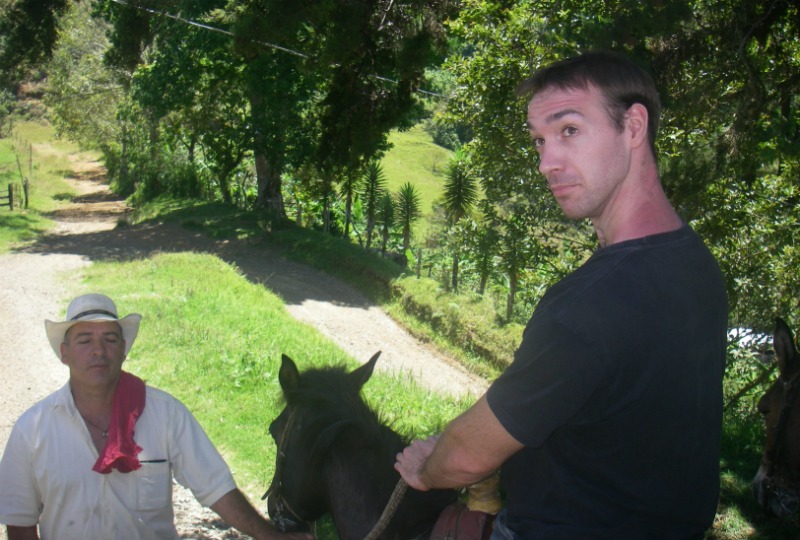 What has been one of your favourite destinations in Colombia and why?

I’m a big fan of the Caribbean beaches and there’s plenty of places to recommend on that front. Tayrona and Barú are great – but I also enjoy the more remote spots like Sapzurro and Providencia. A couple of years back, I went to Palomino too and thought that was very cool. Being able to see snow-topped mountains in the distance while standing with my feet firmly in the Caribbean sand was definitely a first!

Do you have any tips or advice for people wanting to follow their travel dreams to Colombia? And perhaps even wanting to learn Spanish in Colombia?

I’d echo the advice of your previous interviewees and encourage anyone reading to just get themselves over here. It’s a great place and you’re most likely be as surprised as I was about how easy and enjoyable the travelling is here. In other words: “no lo dudes – ¡hágale pues!”

The eBook and blog articles are available at colombianspanish.co. If you’ve got any questions about studying Spanish in Colombia you should also check out our active Facebook community – a great starting point if you’re looking for advice on anything Colombia-related.