10 Painful truths I learnt about myself while living abroad 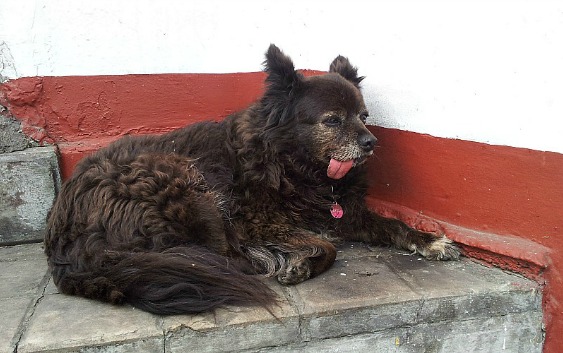 Living and travelling abroad means different things to different people. For some, it’s a pilgrimage, an adventure, for others it’s a calling and an unexplained yearning to reach a distant part of the world, where people speak an unfamiliar language and move to a different cultural rhythm. Whatever the reasons for travelling, for going somewhere, anywhere, for packing up and living abroad, there are lessons that we inevitably learn along the way and more often than not, we learn them the hard way. I certainly did! Here are 10 painful truths I learnt about myself while living in Colombia.

1. The limits of my patience
Standing in a crowded bus during a 45 minute ride, waiting in the immigration line at the airport for an hour to have your passport stamped, or finding the willpower to avoid peeing yourself while in search of a public toilet are all situations which test the limits of our patience while travelling abroad. Without the comforts and the familiarity of home, we’re often forced to teeter along the boundaries of intolerance. Have you ever yelled at a clerk in a general store through grated teeth and salty tears, lying that they sold you the wrong phone card? Just because you were homesick and couldn’t get in touch with family and friends back home? I’ve been there, friends, and it definitely wasn’t one of my finest moments.

2. The extent of my generosity
You’ll be confronted by situations in which you can either give what you can or watch as other who have far less give what they can’t. You’ll realise that giving is what connects us to the people of a place, not the amount of photos taken of them that we bring home with us. The first time I was really confronted by the extent of my own generosity was in Medellin in 2006. I was sitting around a plastic table at a hole-in-the-wall bar at the side of the road. I was with some friends, and friends of friends, and one asked me how much I spent on my trip abroad, out of curiosity. I told him how much I’d saved to backpack around Europe for six months. Then a little girl, probably no older than four or five years old, came up to the table with her brother and begged for money. I didn’t have a single peso to give. I felt embarrassed by the situation, and although there are many reasons why giving money to children who beg on the streets isn’t a good idea, I felt like a mirror was being held in front of me and I didn’t like what I saw.

3. How much of a priority my health and fitness really is… or isn’t
Whether it’s a midnight snack of street food late at night from the side of the road, or sharing a pizza the size of a table, you’ll come across situations and food choices you might not have made while living your healthy routine at home. I was pretty healthy before I lived in Colombia, but the freedom to do whatever I wanted, whenever I wanted, really tested my ability to make healthy life choices. Hamburguesa for lunch? Everyday? For a month? Sure, why not! I think I spent a good month of my time in Colombia eating nothing but Doritos.

4. My willingness to help others
A woman vomits on your shoes during a five-hour bus trip through the Andes; a young man scrambles through the garbage outside the restaurant you’re eating at for food scraps; the girl at your hostel is alone and needs some travel advice. So many of these types of situations arose for me while travelling in Colombia. I was tested time and time again as to how much, or how little, I would help people. How far you’re willing to go to help the people around you will become clearer as time goes on. And I don’t mean like, helping the world or fighting for the greater good, I mean simple things like handing the woman on the bus who just vomited a tissue and giving her a smile that says, hey, no worries, I’ve been there, too. Or giving your restaurant meal leftovers to the guy whose dinner would have come out of a rubbish bin, or talking to the lone traveller at the hostel and telling her some great destinations you’ve stumbled across along the way.

5. My (in)ability to admit defeat
You’ll be wrong. So many times. I can’t stress this enough. You’ll get lost, make bad choices, hurt people and you’ll probably need to make some apologies, too. Your ability to admit you’re wrong will get you a lot further than digging your heels into the ground, I can tell you that. I’m one of those annoying Capricorns that thinks she knows everything and has the answer to everything, but I was really put in my place so many times travelling abroad. I was wrong about people, about situations, about love, about how to play my cards and about myself, which was the most confronting thing to be wrong about.

6. What independence feels like
Travel, particularly solo travel, is about independence, about making decisions that are right for you and only you. No one else is there to make decisions for you, to get you out of sticky situations or make a bad time better by giving you advice about what you should or shouldn’t do. And, boy, it can be a lonely road to independence. I felt like I had something to prove, like I had to make mistakes and get into sticky situations just so I could prove I could get out of them by myself. I had to go it alone just so I could have that memory to refer to in the future. So I could say to myself: Oh yeah, I remember that time I got concussion in the hills of Colombia and thought I was going to lose my vision. If I can get through that, I can do anything.

7. How to trust myself
What better way to learn to trust yourself when you only have yourself to blame, or appreciate, for what goes right or wrong. Trust your decisions, take ownership of your life and steer yourself in the direction that’s best for you. Trust that you know what’s right for you, even if you’re faced with friends and family who don’t quite get it. When I left for Colombia the first time in 2006, I was met with some interesting reactions, mostly: “Are you fricken’ kidding me?” but I just knew it was right for me and, eight years later, I’m still talking about it.

8. How not to love
You’ll not only learn to love yourself, but you’ll learn to love the good and the bad in others. You’ll love those that inspire you and move you, you’ll love the locals and how they smile at you with tired eyes. You’ll fall in love with sunsets you’ve never seen anything like before. You’ll falls in love with people and learn to see the reflection of yourself in those around you – the good and the bad.

9. Dealing with loneliness
There’s no phone to answer, no homes to visit, family and friends are miles away and slowly the gentle pangs of loneliness are sure to creep in. Appreciate that you have people to miss, and welcome the love of family and friends you have waiting for you back home. When the loneliness came I quickly found out how I dealt with it: through alcohol, through partying, through losing myself in other people.

10. How to listen to my intuition
Be quiet. Those long train trips, the never-ending flights across oceans, the hours waiting in airports, all those tireless moments when time stands still – they’re priceless. Listen for your next move, listen for your calling, listen to your intuition, listen to what pulls and pushes you. Have faith that you know what’s right, just never stop listening. Even in busy cities and crowded streets, there is a silence that is begging to be listened to.

Have you experienced any of these during your travels? I’d love to hear about it.