How technology has changed the way we travel 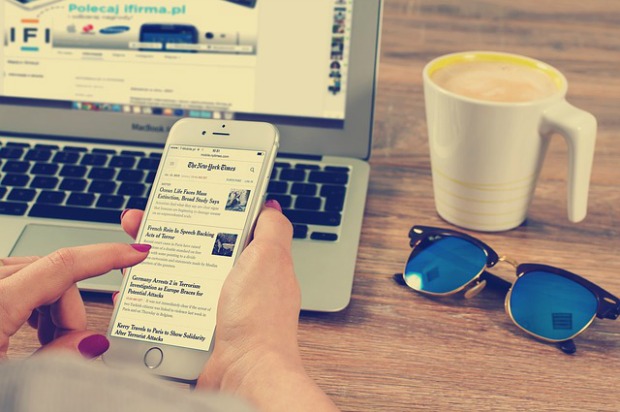 The art of travel has changed quite a lot in the last few years, hasn’t it? People walk around glued to their tablets and smartphones in their daily lives, so why should that stop when they’re out travelling the world?

“I wonder if Jack misses me?” One guy said to his girlfriend as they sat down, dropping their carry-on luggage at their feet.

“Oh I’m sure he does,” the girl reassured, wrapping his arm around him.

“Let’s see,” the guy said as he logged on to Skype on his tablet.

After a quick chat with mum they found out that, yep, the family dog Jack did indeed miss him terribly.

Who knew it could be so easy to keep in touch? It’s wonderful to feel the familiar voices from home, especially when you’re far away, but isn’t the art of travel about getting lost? About leaving things behind? Not trying to carry our old world into the new one? The familiar into the unknown?

Don’t get me wrong, I love technology. I am quietly addicted to my smartphone, myself. And I love the ease of contacting my closest friends and family while I’m travelling, whenever I like, for however long I like, from my own living room or a cafe if I really want to.

But have we become so out of touch with what it is to travel?

Are we too focused on documenting our travels and sharing that with people back home, that we don’t really allow ourselves to get lost? Are we more interested in clocking-up an impressive list of countries we’ve visited, with photos from each, which we regularly update on social media, rather than leaving the camera, the tablet, the laptop, the whatever, at home?

I love a departure lounge. Imminent travels, bags in hand, the uncertainty of what’s waiting at the next terminal, wondering who you’re going to sit with on the plane. No phone, no computer, no nothing. Just you and your thoughts, your hopes. Disconnected from the wifi and reconnecting with the idea of what it really means to travel.

How do you travel? Are you a documenter? A fierce communicator? A regular Facebooker? Skyper? I’d love to hear about it. Share how you travel in the comments section below.