10 Little-known Colombian beaches worth a visit 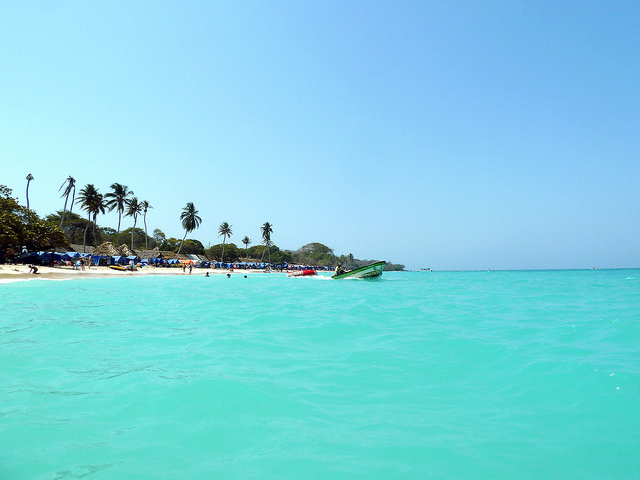 Santa Marta, Cartagena and San Andres, they’re the sorts of places people generally go when in search of some great beaches in Colombia. But there are so, so many more. Here are 10 beautiful beaches in Colombia you should put on your must-see list en route to the other sea-side favourites.

Okay, now Playa Blanca in Boyaca isn’t your usual seaside beach, it’s actually on the banks of the biggest lake in Colombia, Lago de Tota. But here you can take part in some water sports including sailing, kayaking and kite surfing. Don’t think you’re going to do much sunbaking here though, at 2,500m above sea level the weather is generally pretty crisp.

Tolu is a few hours to the west of Cartagena and while it’s not quite on the tourism map just yet with foreigners, apparently Colombians have well and truly cottoned on to Tolu as a great vacation spot. Las Playas del Francés are particularly known for having white sandy beaches.

Isla Mucura is a small island off the west coast of Colombia. There are said to be some great walks including through the mangrove forest and the small fishing villages.

Sapzurro is a small Caribbean town in Choco, which can be accessed by ferry from the Antonio Roldán Betancourt Airport.

Found more than 10km off the coast of Colombia, I have heard Isla Fuerte, or Fuerte Island, be referred to as “Brutal”, which means “Really fricken awesome!” It’s part of the Rosario Island archipelago.

You might be surprised to know that some remote desert locations in Colombia are surrounded by some of the most vibrant turquoise seas.  Cabo de la Vela has yellow-tinged sands and is home to the local Wayuu people. Sway yourself to sleep in a hammock woven by the locals while you’re here.

Arboletes is the land of trees and is found in the north of Antioquia. There’s also a mud volcano nearby, which tourists usually flock to.

Nuqui is in the west of Colombia in the department of Choco. Just take a look at those palm trees. Take me there!

Gorgona Island can be found bout 35km off the coast of the Pacific coast of Colombia.

What other beaches should visitors see while visiting Colombia? Share your favourite Colombian beaches in the comment section below.

Are you ready to take the plunge and travel to Colombia? Find a place to stay during your trip: