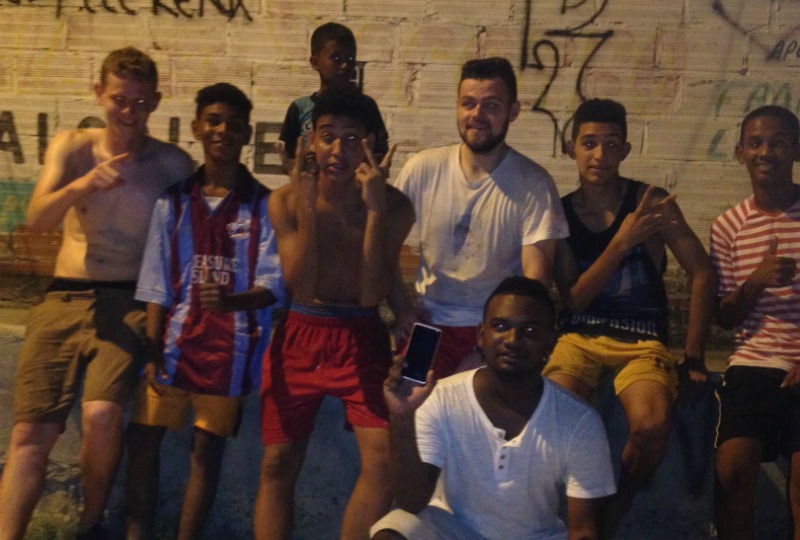 The number of travellers visiting Colombia has increased each year for the last decade, so it’s no wonder there has been an influx of expats in Colombia, many of whom create blogs and provide valuable knowledge and insight into a country that is regularly in the media, but often for the wrong reasons.

Ben, or Benhamin as he is often called, moved to Cali from the United Kingdom and has created a blog called Colombia Chronicles to document his own experiences, becoming an ambassador of the country he now calls home.

Here is just a taste of Ben’s experiences, that no doubt other expats in Colombia and locals will find interesting, as well as some tales about things to do in Cali and how to make friends along the way. 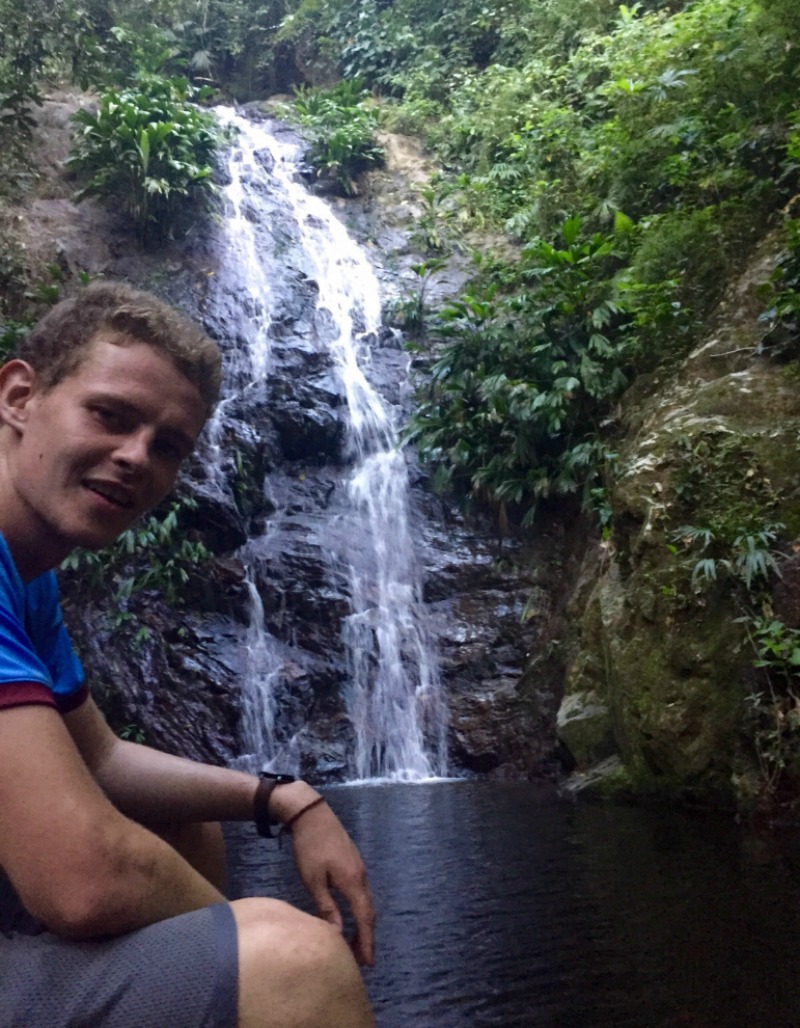 Name: Ben/Benhamin
Country/city of origin: London, UK
Where you live in Colombia: Cali

Born and bred in London, after finishing my Masters at the University of Birmingham, I had the intention to move to Latin America. To teach, and learn a culture and language I’d always been fascinated about. Two of my friends were currently working in Colombia under the Ministry of Educations Colombia Bilingue Programme, so I looked it up and applied. I loved the idea of working in a public school, the peace of mind in having Visa issues dealt with on arrival also helped. Although I was generally ignorant to Colombia as a whole, it was a country that had always grabbed my consciousness. And since touching down I haven’t looked back!

I was quite open-minded with my expectations beforehand, if the vibes were good I’d be happy. Fair to say those were easily matched and even surpassed. I arrived into Cartagena and as documented in one of my blog posts ‘Hood Tours’, spent my time in largely in a Barrio outside the city. A wildly different setting to what I had ever imagined. That was a real eye opener for me. It was a place that people would easily dismiss for its perceived ‘danger’. But the people I met were some of the friendliest, welcoming and biggest purveyors of vibes I’d ever met! Since then I’ve been in places far different, but those positive first impressions still ring true.

Ben getting amongst it with the locals in Cartagena

You have a blog called the Colombia Chronicles. What is it all about and what inspired you to create it?

Like many who come to Colombia I feel obliged to be an ambassador for all its splendour. The idea of the blog is to share stories, cultural insights, opinions, as well as some political analysis to offer a wide berth in understanding Colombian Culture. The negative Colombian stereotypes – cocaine, conflict and criminality – are well documented. But it’s a fantastically, complex and wonderfully fun culture. It’s also fiercely patriotic and living here its difficult not to get sucked into the pride of its people. Documenting it’s diversity is a ceaseless task, therefore, the blog is open to anybody to offer their own insight, so that it goes way beyond just my ramblings. I hope in the future it adds to many positive writings on Colombia, yourself being a major part. And that it encourages people for their own benefit, to find out more themselves.

I’m a regular Menu Del Dia man, so a perfectly crafted Sancocho Soup stands out for me. Other from that, the Fried Fish served up in the coastal regions is always delicious.

Honestly, it really is not a challenging life at all. When I first arrived especially working at a public school, the overly relaxed, to the point of disorganisation attitude, got to me a little. But I have learnt to take the rough with the smooth and realise that it is my own cultural agitations rather than their laidback attitudes which make things challenging.

I’d admit I used to be of the opinion that they tasted like shoe-soles. But since arrived in Cali I’ve eaten some delicious stuffed arepas. They come with many different fillings but as an unapologetic carnivore ‘arepa con todo’ (Beef, Chicken, Chicharon, Chorizo) is my usual choice.

What has been one of your favourite destinations in Colombia?

I love the Caribbean Coast, around Santa Marta. Although I found Santa Marta nice, it was the small places close by that really captured my imagination. Firstly, Parque Tayrona with its outstandingly beautiful beaches and the gigantic rocks scattered everywhere which added to its mysticism. About 45 mintues up in the other direction up there’s Minca, full of dense canopies, crashing waterfalls and spectacular vistas. The true beauty of traveling in Colombia is the diversity of its nature. Summed up perfectly in the area around Santa Marta. Tropical beaches, deserts, mountains, rainforests all abundantly accounted for across the country. Some of my favourite times are spent gazing out the window during a long bus journey. Hours pass fleetingly, winding through the mountains, the landscape constantly changing around you. 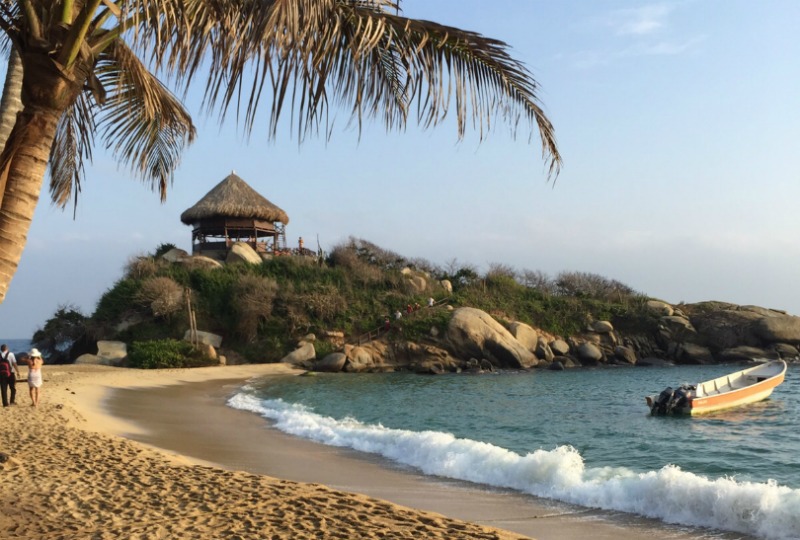 What’s the best way to spend the weekend in Cali?

It’s definitely worth venturing up to Rio Pance, about an hour from the city. Fantastic lounge spots, and spectacular views. I’d avoid going on Sunday unless you wanna bathe alongside every Caleaño and their dog. One of my favourite walks is around San Antonio, down to the river and following it towards the zoo and the botanical gardens. A taxi up to Cristo Rey is also recommended, with the city expanse one side, and the mountains stretching off to the other. But of course, no weekend trip to Cali is complete without a night on the town in one of its bars or clubs, and trying your hand at some Salsa. It doesn’t matter if you can’t. As a rule you’ll get at least one sympathy dance with a gorgeous local, you just have to ask! 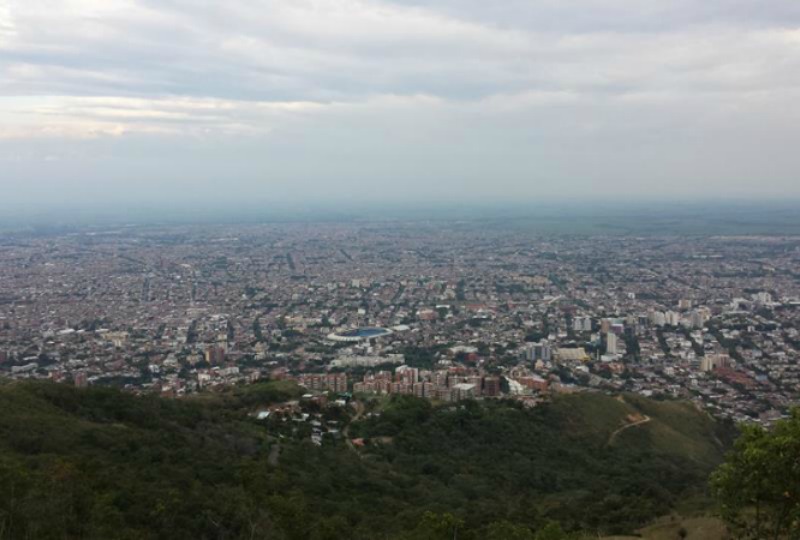 The view of Cali, Colombia

Do you have any tips or advice for people wanting to follow their travel dreams to Colombia?

The main thing I would say is to immerse yourself, meeting and socialising with Colombians as much as possible. You’ll pick up the language better, find cooler things to do, gain a greater understanding of why they’re often so happy and find bigger/better drinking partners than those University days. Also leave social angst with strangers behind, it doesn’t exist in these parts.

Well the blog’s more interesting than me so check out that out first and give it a like on Facebook. It’s just started up so I’m trying to add content more regularly. From there I’ll commence any Colombia-related projects, hoping to soon incorporate interviews, and more extensive analyses of Colombia. To reiterate I’m hoping to add some more content beyond my own experiences, I’d love to speak to anyone who shares or wants to ignite some Colombian passion. I can’t promise that it’ll look that great on your CV though… So hit me up…Facebook, Instagram, Tinder, Twitter, the usuals.

Do you know any expats in Colombia doing great things? Get in touch or leave a comment for Ben in the comments section below.