How to plan your first trip abroad 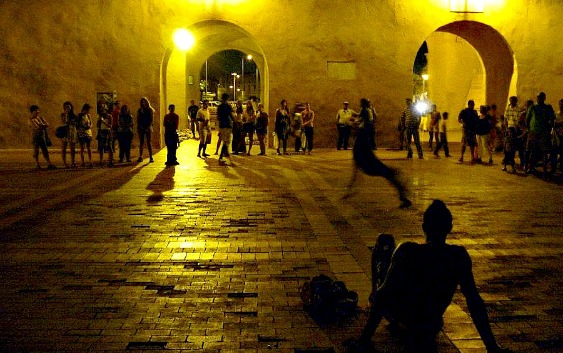 The irony of travel really dawned on me before my first trip abroad. I was  20-years old. After a day of visiting travel agencies I found myself standing on the beach just an hour from home with two friends.

We’d just spent the day planning our trip to Europe. We’d booked our tickets down the road and decided to celebrate with an impromptu trip to the beach. “I can’t believe we’re going to be standing on a beach in Spain in just a couple of months from now,” my friend said, as our feet slowly began to sink into the sand.

“I know, I just can’t believe it,” I replied, rolling up my jeans. With that, we walked back to our cars, hopped in and drove off, without even realising the beauty right in front of us. We had become so caught up with our plans for the future that we were blind to the beauty in our own backyards.

One thing I’ve learned through travel is that it’s almost never what you expect. Whatever it is you’re looking for, probably wont be what you find at the other end of the journey. From my first trip abroad I was looking for adventure and beauty. I wanted to visit iconic cities like Rome and Madrid and London and leave feeling impressed by the history of those places.

What I didn’t expect, though, was that I would find a new appreciation for the simple, the everyday, the humble, the true. No matter what you’re looking for, no matter what goal you wish to complete, or what truth you seek, travel is bound to turn that on its head.

Planning for something, anything, is made simpler by having an idea of what we want, right? These ideas may, and probably will, change over time, but a foundation to work with when planning an overseas trip can really help with the process.

As a 20-year-old, eager to get out to explore the world, I decided I wanted to live and work in England for a couple of years, a common option for many Australians just coming out of high school or university. Knowing that I wanted to be based in England, it became simpler for me to organise things like my working holiday visa, my flights and accommodation. Things often don’t go the way we plan though, do they?

Once I’d arrived in England I realised it just wasn’t for me and I made my way to Spain instead. While my plans changed over time, the foundation for my planning really made the organisation of my trip a whole lot easier.

2. Choosing where to go

The first Spanish film I ever watched was one called All About My Mother. I was at university at the time and had just began getting itchy feet to travel. I wanted to get out of Australia and the English-speaking world. It was after I watched this film that I decided that not only did I want to live in the Spanish-speaking world, but I wanted to live out my Spanish film fantasy.

I wanted to get caught up in drama and passion of some of the Spanish films I’d seen, hell I probably even wanted to be Penelope Cruz. I watched more films, I studied Spanish, and I even dyed my hair black, wore black eyeliner and listened to Spanish radio.

Once I began organising my working holiday through Europe, I knew Spain would speak to me, and it did. I drank red wine in bars, stayed with a host family in the Flamenco area of Granada called the Albayzin, I watched guitar players soothe crowds in the street and I clapped my hands to their music.

Once, a couple of backpackers approached me on the streets of Madrid and asked, in heavy American accents, “Holah, dondey estah esta direction?” I was chuffed. I’m blending in! I thought. While in Spain, I lived out my Spanish dream.

But where do you want to go? All I can suggest is that you choose somewhere that inspires and excites you, and speaks to you in a way you can’t quite explain. Go somewhere you’ve been dreaming about visiting since you were a child; go on a pilgrimage and get to know your heritage, your roots; go somewhere that you’re afraid to go; go somewhere that’s sparked your curiosity, somewhere that challenges and comforts you in equal parts. And, we mustn’t forget, go somewhere that has visa requirements that work in your favour.

Sometimes we do so much thinking and planning that it scares us more than inspires us. It takes small steps to make things, anything, happen; and they don’t necessarily need to be well-though-out, uber-planned steps either.

The first step is to do something. Anything! As we make plans toward travelling abroad it may seem scary or mean releasing ourselves from security as we head into the unknown, but from fear comes strength, I promise.

4. What you want to get out of the experience

Once you know where you want to go, it’s time to start saving. For six months to a year before you plan to go, make sure you buckle down and save. Instead of going out and buying your lunch every day, put that money into your savings account and watch the travel funds grow!

Buy your ticket early for optimum savings and also buying your ticket will make it all feel real. You’ll be more motivated to save and do your research. Until your ticket is bought, your travel abroad plans are just ideas. But once that ticket is staring back at you with a date locked in, you know it’s real.

7. Move in with friends or family

If you really want to make the most of saving for your big overseas escape, it might be an idea to cut down your expenses. If it’s an option stay with friends or family for a month or so before you go so you can save that rent money and put it towards your trip.

So, the ticket is bought, you know where you want to go, but what now? Well, whether you are a planner or a bit more laid back, its a great idea to have at least the first two weeks sorted in terms of where you’re going to stay and where you’re going to visit. After the first two weeks you’ll feel more settled into your new country and will meet people which are sure to lead to friendship and travel plans.

It’s an idea to figure out what you’re going to do with things like you phone contract, your furniture and excess baggage you’ve accumulated over time. If you’re heading abroad for a long period of time, make sure you tie up all your loose ends so you’re not left worrying about them while you’re away.

Do you know people from where you’re heading to? Get in touch with them, organise to meet up, see if you can stay with them for a night or two. If you don’t know anyone in he area you’re heading to, why not stay with a host family study at a language school to meet people or make connections on CouchSurfing.org

Once you’ve made all these plans, there’s no going back. So enjoy yourself, take heaps of photos, then tell us all about it later. Have fun!

Are you planning a trip abroad? Where are you headed? Let me live vicariously through you by telling me all about it below.