Expats in Colombia: Meet Camille Mansell from A Little Cameo 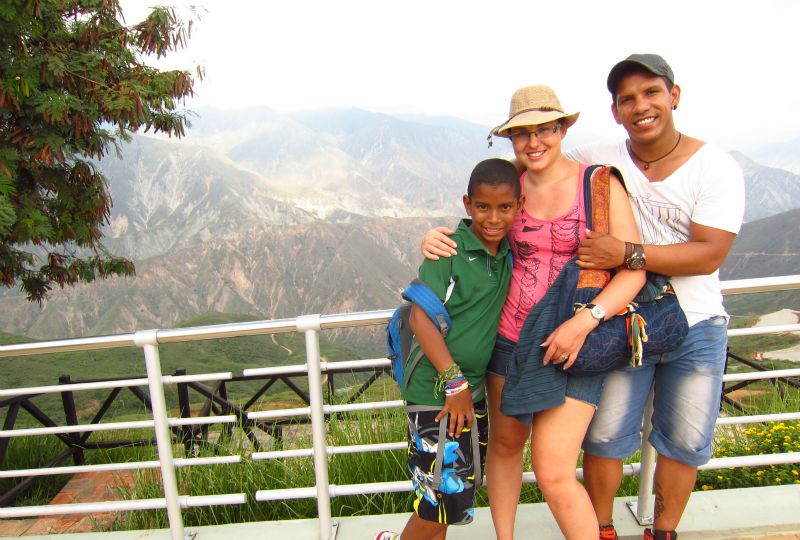 Camille Mansell is a straight-talking blogger from Australia. I first began to really appreciate her blog, A Little Cameo, in 2012, but she has been blogging since 2010. Camille not only shares important information for expats in Colombia, but she does it with honesty and personality.

As well as covering things like applying for visas and how to find a place to live in Colombia, she also blogs about the daily experiences of an Australian woman trying to find her place in this new country she calls home.

As we take a peek at what life is like for Camille and her family, we can see there is joy, struggle, love and frustration but there is also a lot of truth. Truth about what it’s really like to be an expat in Colombia, to find love, to make a family, to be a step mother and what it truly means to live in Colombia from her point of view.

It is such a pleasure to feature Camille on the blog today and I hope you enjoy this interview as much as I do! 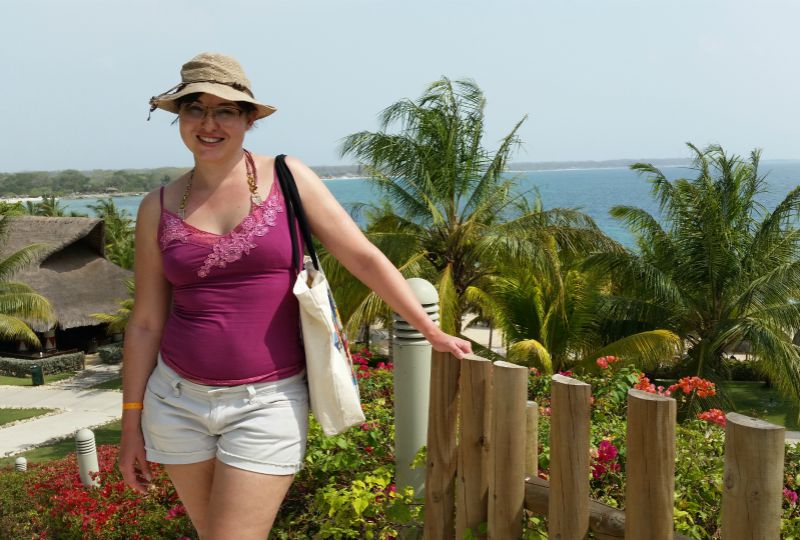 Name: Camille Mansell
Country/city of origin: Mildura, Australia
Where in Colombia are you living now? Bogotá

I can’t quite remember which was first, the desire to travel or the desire to learn another language. Whichever, it resulted in me studying Spanish after work and planning a 6 month trip to South America which ended up evolving into 11 months. On that trip in 2004, I visited Leticia on Colombia’s border with Brazil and Peru, and vowed that someday I would go back to Colombia. I finally made good on my promise in 2011 and what was supposed to be a 4 week trip turned into a love story, a boyfriend and a plan to move to Colombia to be with him.

I was surprised to find out that Colombia is like a jigsaw puzzle of regional cultures. I think I imagined it would all be similar to my Leticia experience, or similar to the more indigenous cultures of Ecuador and Peru – which it isn’t. The diversity between regions is incredible. I was lucky to recently hear a professor from Universidad Javeriana give a fascinating lecture on Colombian history which talked about the reasons behind the distinct regional differences in culture being attributed to the fact that Colombia never had a strong capital city like other Spanish colonies and that caused strong regional parochialism which continues today.

You have lived on the coast of Colombia as well as in the capital. How different were those two experiences?

Like chalk and cheese. One I would devour up in a heartbeat and the other akin to nails on a chalkboard. Everything in Santa Marta was a struggle for me, coping with the inescapable heat, making friends, living with my in-laws, huge differences in cooking and food, understanding costeño Spanish, trying to make ends meet on minimum wage, neighbours that played vallenato at the highest possible volume with the speaker facing outwards and working in a job where no one thought ahead of tomorrow. In Bogota I have a life that is much more similar to my life back in Australia, I have a professional job, we have a nice apartment and recently bought a car, the weather is mild which I think is lovely, ciclovia Sunday is amazing, and there is a creative vibe that ripples throughout the city meaning you can indulge in all sorts of cultural institutions like galleries, museums and bookshops. When I moved to Bogota a new colleague asked why I would move to Bogota from Santa Marta. My answer was that Santa Marta is an incredible place to holiday in and explore the surrounding towns, Parque Tayrona and the Sierra Nevada, but living there is a vastly different experience. 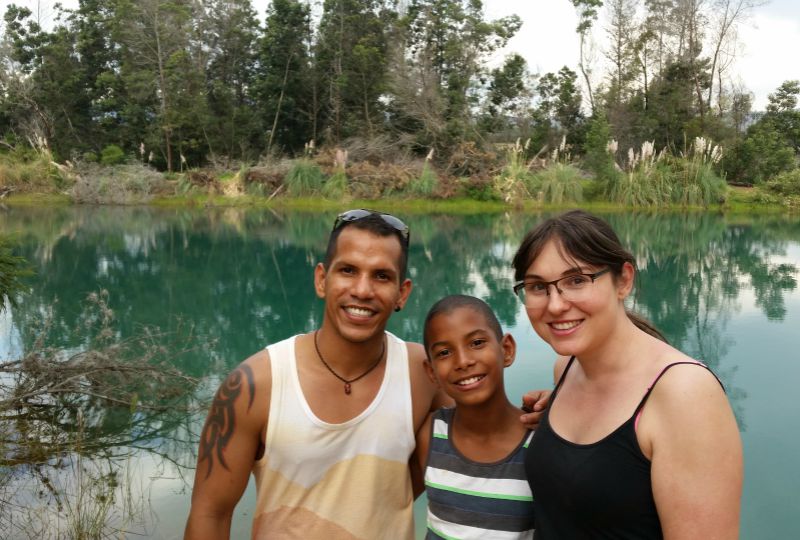 You have a blog called A Little Cameo (which I love, btw!), what is the blog about and what information can people expect from it?

I started A Little Cameo at the end of 2010 just before I moved to Los Angeles with friends in the film industry. It was initially as a log of cultural observations and to document my time in LA and I guess this personal style continues. I write about experiences, observations, things I want to get off my chest and just pieces of my daily life that also includes raising a stepson. When we lived in Santa Marta, I wrote some informative posts about how to visit different nearby attractions, but it’s mostly a mish mash of life and cultural chasms.

That despite the struggle and culture shock of life on the coast, despite uprooting  Edwin from his life and job to move to Bogota for my work, bringing his son D with us, and the misunderstandings that language differences create, Edwin and I are still together and will soon celebrate our four-year anniversary. We have managed to overcome the obstacles together or as we like to say found our way around the stones on the path.

What’s the best way to make friends in Bogota or on the coast?

Oooh, that’s hard because if I’m being honest, I don’t have a lot of Colombian friends, most of my friends are expats who I have much easier connections with. On the coast it was much harder than in Bogota. I don’t want to say it’s impossible, but after 7 months I only made one friend in Santa Marta, a fellow expat. If you come to Colombia because you love a Colombian, you will automatically have family which is the strongest of social networks here. To make great Colombian friendships you need to be extremely persistent and put in repeated effort to become friends.

Lechona! It is a spit roasted pig that is stuffed with its own meat, rice and chickpeas and then served with a generous piece of crispy skin. It’s more common in the interior of the Colombia than on the coast and due to requiring a whole pig to make it properly, it is a common dish served at parties. Although Edwin is studying to be a chef, lechona is not easy to make in home-sized portions, which is unfortunate for me. He wishes that I shared the same passion and preference for his Colombian specialty – coconut rice. 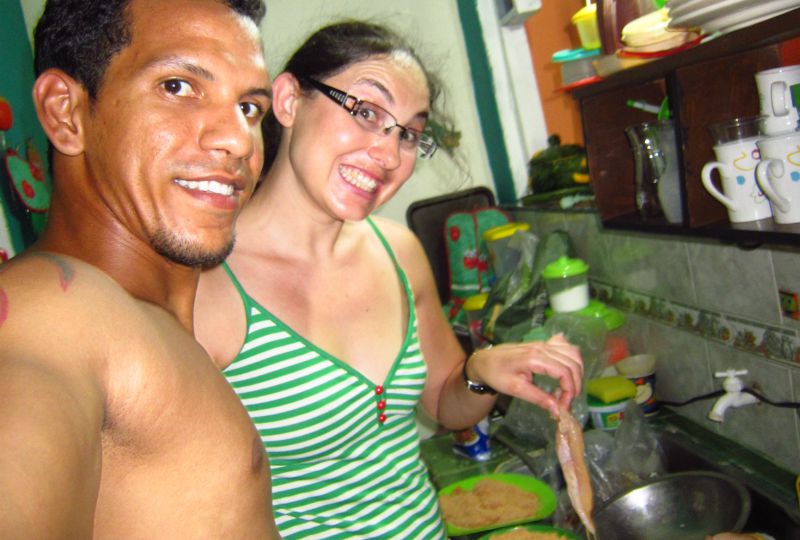 Arepas are different all over Colombia, but since Edwin is from the coast they are always fried. I really liked an Alpina product, Esparcible, which is kind of like a buttery cheese spread, on my arepas, but they’ve since discontinued it and we haven’t had arepas in our house since then. Otherwise arepa de huevo with the egg on the inside, but only if Edwin makes them fresh at home.

Lines and banking procedures. Either the long, slow-moving nature of lines or the non-existence of them and people pushing in or shouting out their order before being acknowledged. The other day I almost flipped out because after depositing some cash into Edwin’s bank account, I noticed that there was a fee of $11,100 pesos charged for it. When questioning the fee (because I’ve become much more of a fighter since moving here) I was told it had always been there and was because Edwin’s account is with a Santa Marta branch of the bank, and because the deposit was made in Bogota, there is an AUD$5.50 flat fee associated with it! 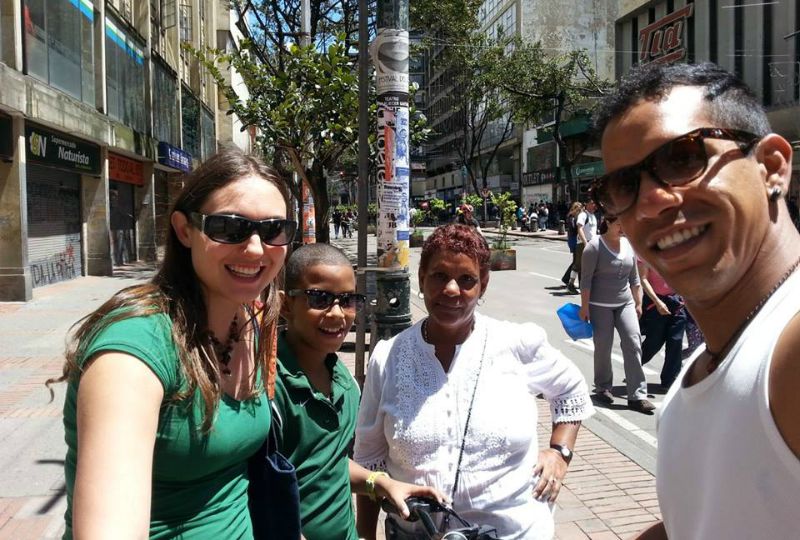 I’ve recently had three people I know ask for info and advice about moving to Colombia. One has since moved here and another is about to arrive. I say make the leap. Check it out and try it out. There are lots of great blogs, many of whom you’ve profiled, such as How to Bogota, Bogotastic, Medellin Living and Honestly Cali where they provide lots of practical and helpful advice for newcomers. Most importantly, if you are in love with a Colombian and they want to live here, do it. You have a very rich experience to gain.

It’s not super exciting, but I have a number of personal projects on the go, including a few crochet projects, learning Portuguese, attempting to read Ulysses by James Joyce with some friends here in Bogota, a trip to Spain for my friend from Santa Marta’s wedding, and after having a piece published in Was Gabo an Irishman?

I’ve been motivated to write more. 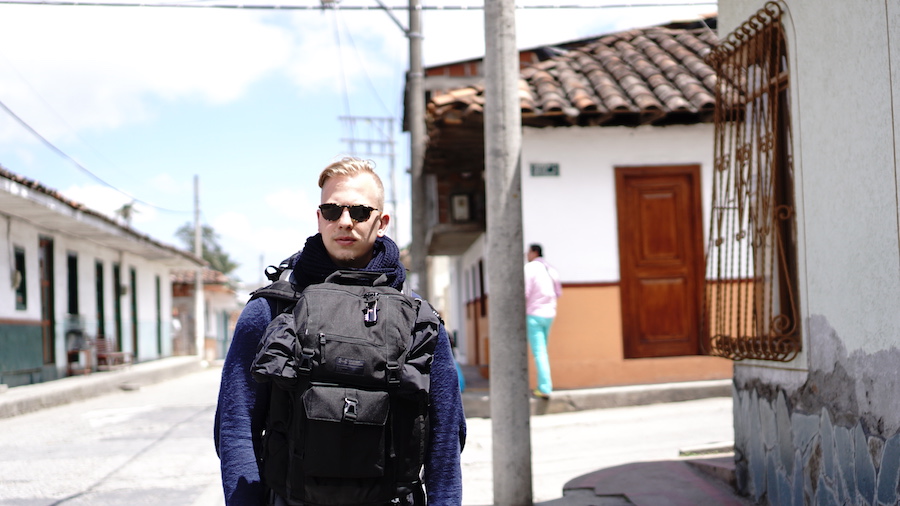