15 Colombian foods worth getting fat for 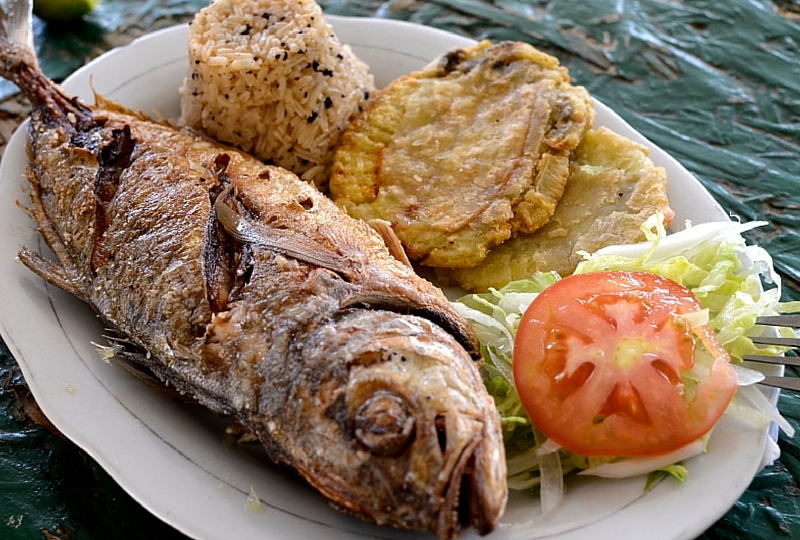 Colombian food might be misunderstood and under appreciated, but for the locals and many foreigners living in Colombia, the food is a highlight.

“Time to get fat, woo!” one friend posted on Facebook, about to visit Colombia for the second time. Recalling so many meals in Colombia myself, and the many kilos that were put on as a result, here are my 15 favourite Colombian foods that are worth getting fat. Enjoy!

Buñuelos are a fried cheese ball of deliciousness, which are especially popular around Christmas time. I didn’t see many of these while I was living in Bogota, but they seem to be super popular in Antioquia. They’re available around the country at bakeries, but you want to make sure you buy them fresh and straight from the fryer. Eating a stale buñuelo is a sin! 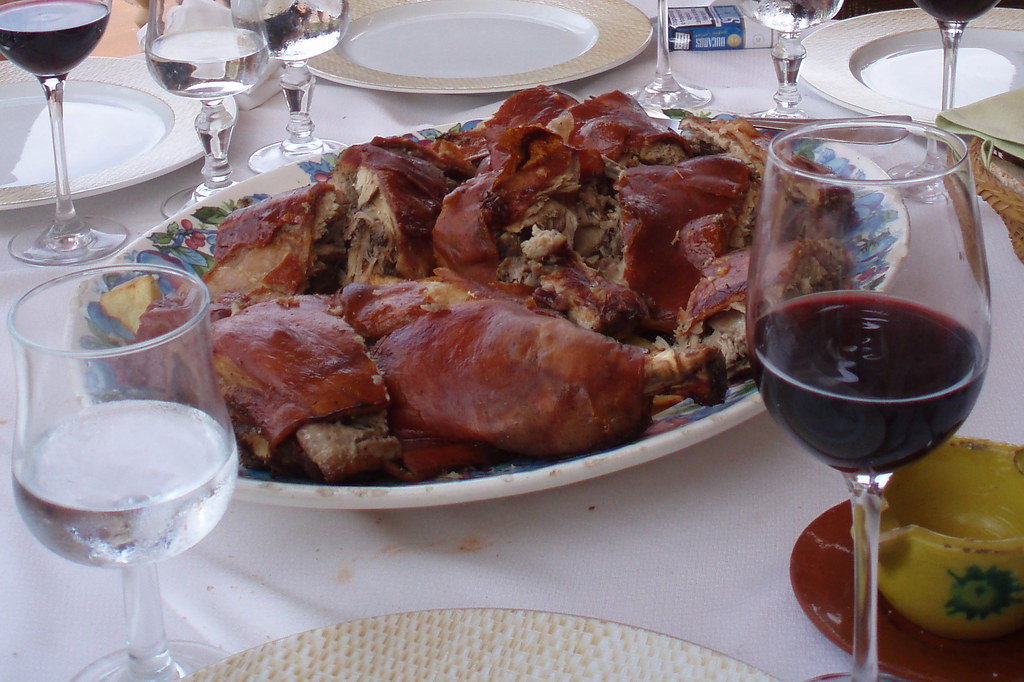 A traditional dish from the department of Tolima, lechona is a favourite and must-try for those spending time in Colombia. The dish is made by stuffing an entire pig with rice, spices and veggies and then cooked in an oven in its own juices for up to 12 hours. 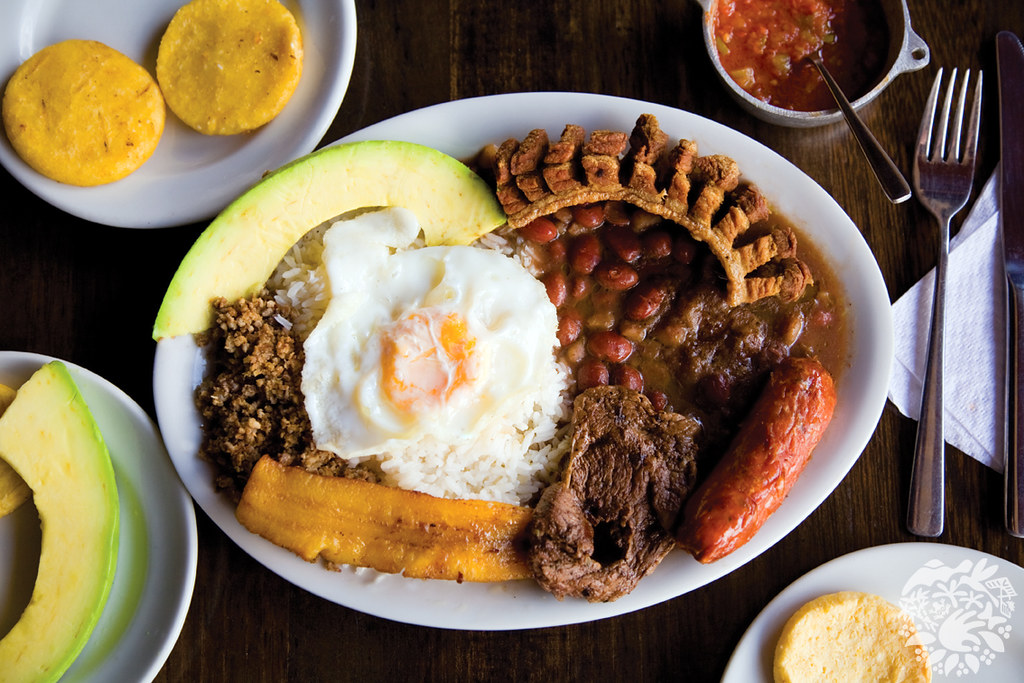 It may look like a heart attack waiting to happen, but you simply cannot head to Colombia without attempting to eat a Bandeja Paisa. It’s the plato tipico in Antioquia, especially in Medellin and definitely worth the challenge. 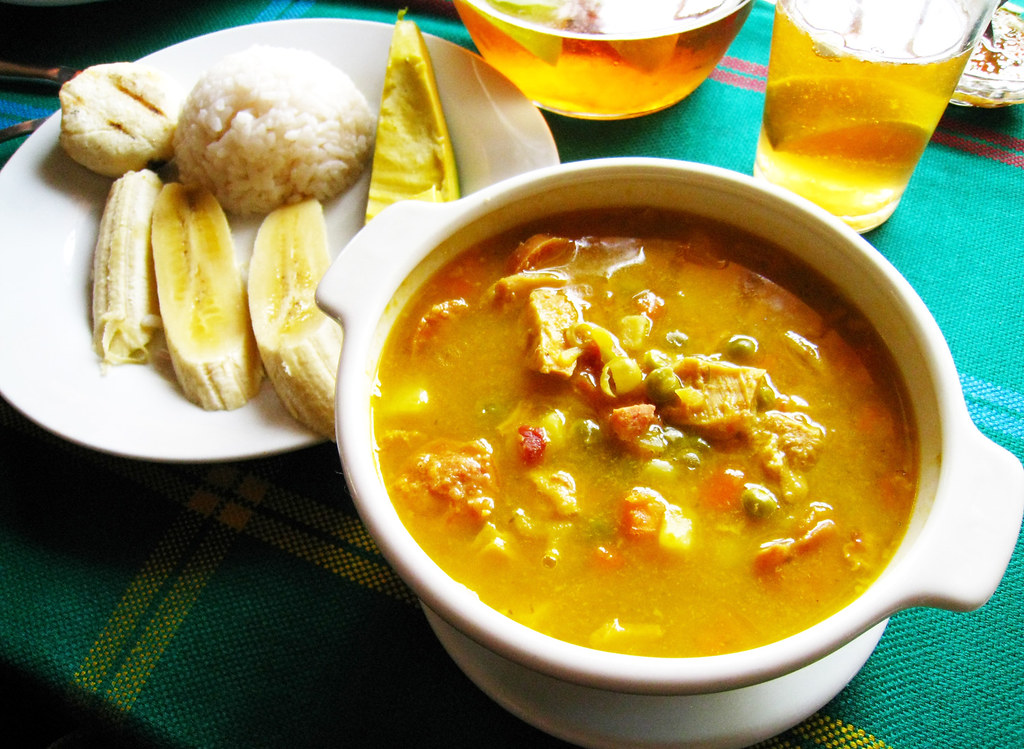 Mondongo is a type of soup or stew made from tripe (the stomach of a cow or pig), along with slow-cooked vegetables. It’s definitely not everyone’s cup of tea, but it’s worth giving it a go if you’re in Colombia.

Christmas in Colombia just wouldn’t be the same without Natilla. It is a wobbly custard dessert, usually served with buñuelos. 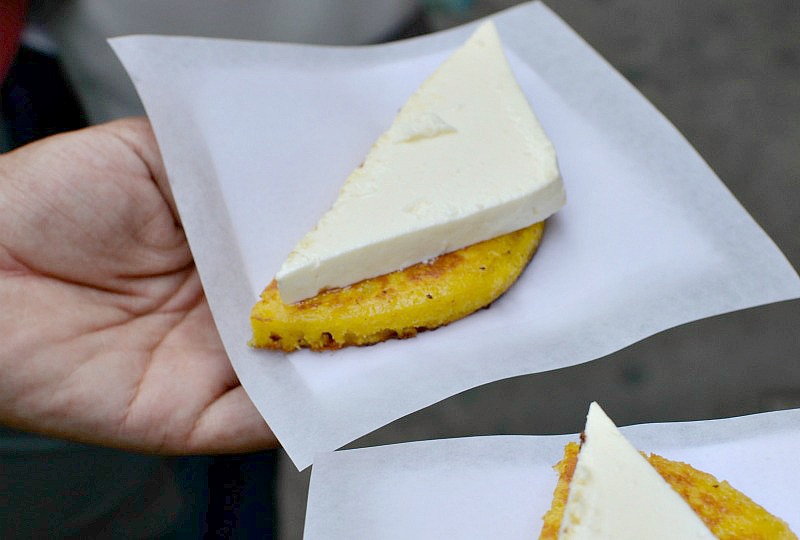 There are so many different types of arepas, almost every region has their own variety. So my challenge to you is to try every type of arepa possible. Whether it’s on the side of your Bandeja Paisa, topped with shredded meat and cheese or stuffed with potato and egg, arepas are delicious and definitely worth putting on weight for. (Guilty!) 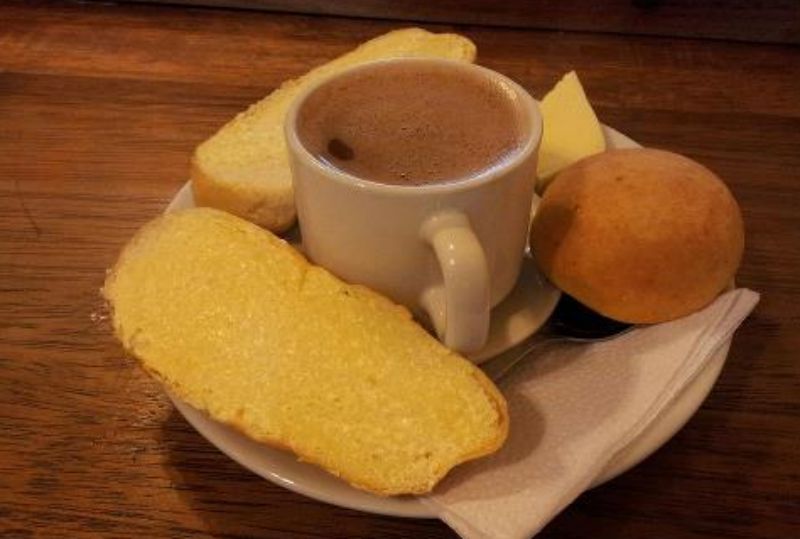 People from Bogota have perfected the art of cuddling up with a hot chocolate. Not only do they have a specific word which means spending time cosying up, Arrunchis, but they have turned the simple joy of hot chocolate into an event in itself. I was introduced to my now favourite meal, Chocolate Completo, in an establishment which has been perfecting the treat for some generations, La Puerta Falsa. The meal includes cheese and bread, which you plop into the cup before sipping and scooping until it’s gone. For goodness sake, a hot chocolate is so much better when there’s melted cheese at the bottom of it. And given Bogotá is located some 2,600 metres above sea level, the climate can get quite crisp, making it the perfect weather for it. 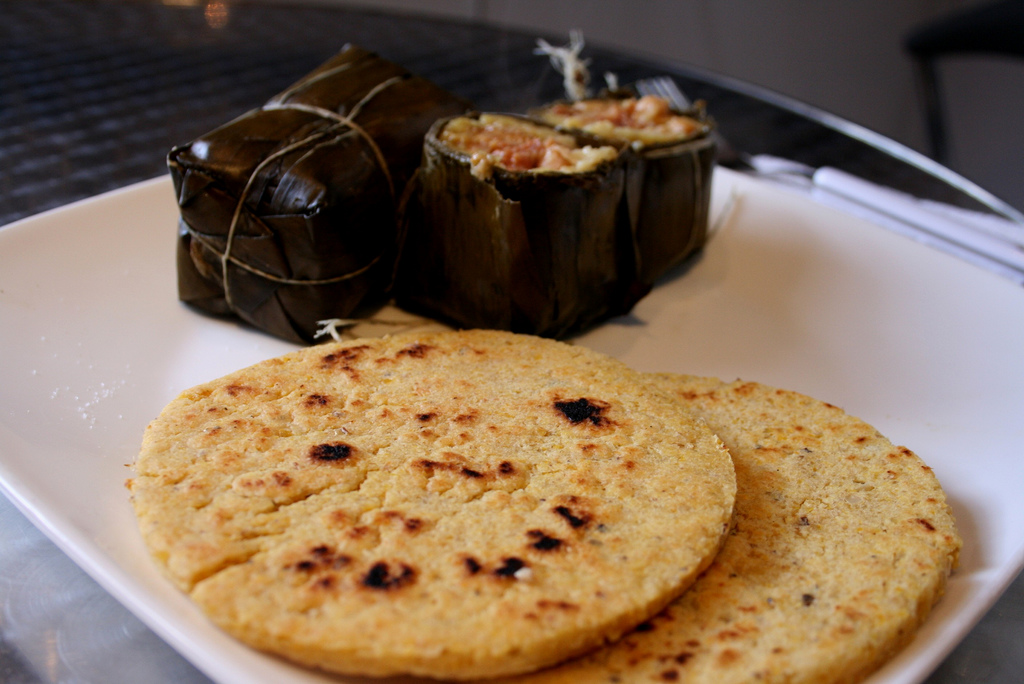 Another food favourite from Tolima has got to be Tamales. There are so many different varieties of the humble Tamal but they’re usually filled with pork, chicken, vegetables, rice and a yellow corn flour called masarepa. The mixture is then wrapped in a banana leaf and cooked in hot water. 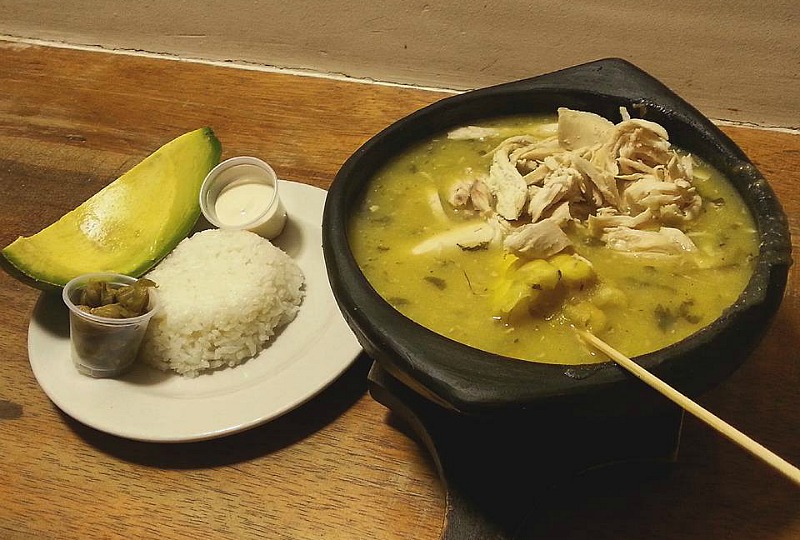 Ajiaco is a staple in the capital, Bogota, especially on those unforgiving drizzly days. It’s a rich and hearty chicken and potato soup, with capers and avocado added for extra flavour. Yum! 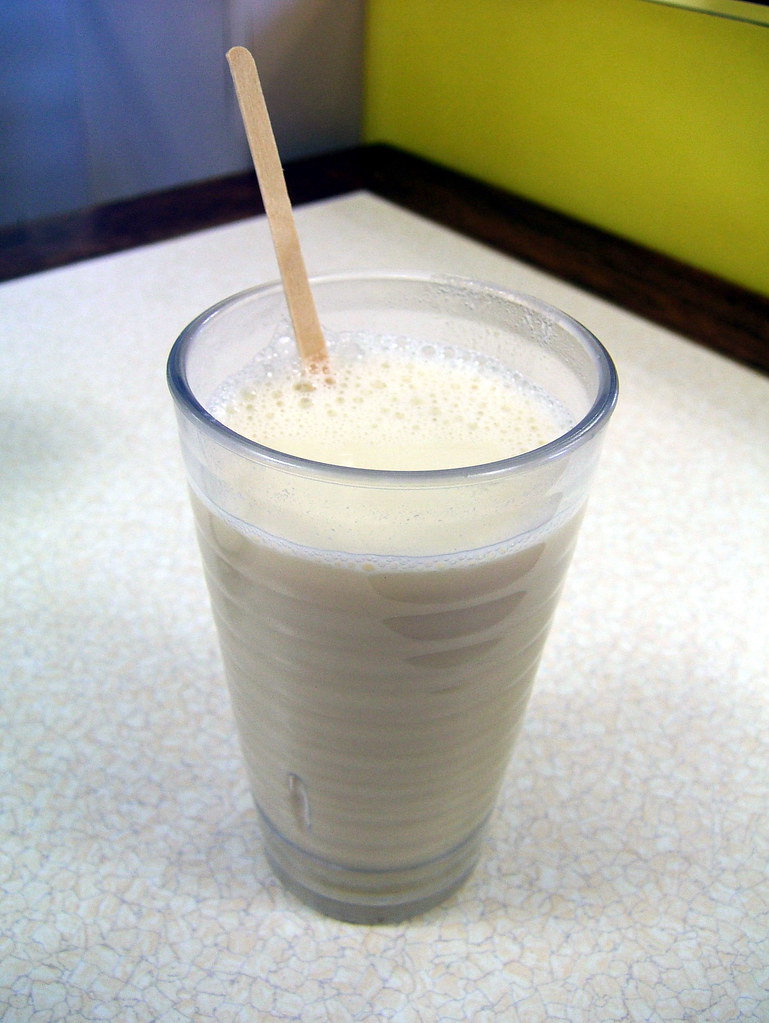 An oatmeal-based drink, Avena is a creamy thirst-quencher with an almost custard-like consistency. Ask the locals where the best place to go for a cup of avena is, because, like many Colombian food varieties, the quality of a good cup can be a bit hit and miss. This drink is one of my absolute favourites! 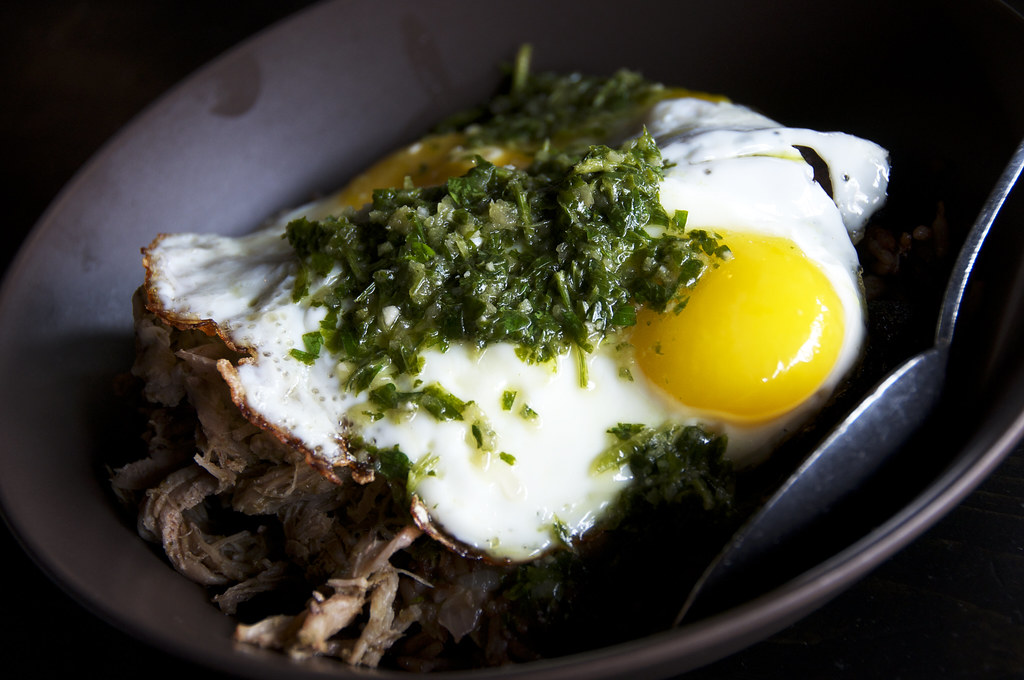 Calentado is basically like eating your leftover dinner for breakfast the next morning. Calentado literally means “heated” and usually includes things like leftover meat and beans from the night before. Preparing meals in Colombian can mean lots of food, and maybe even some leftovers for the next morning, so expect to eat a couple of Calentados while you’re in the country.

Chicharones are fried pork belly pieces. A lot of the time they’re served as an entree, on the side of your Bandeja Paisa, or you can simply eat them by the handful as a snack. Hello weight gain! 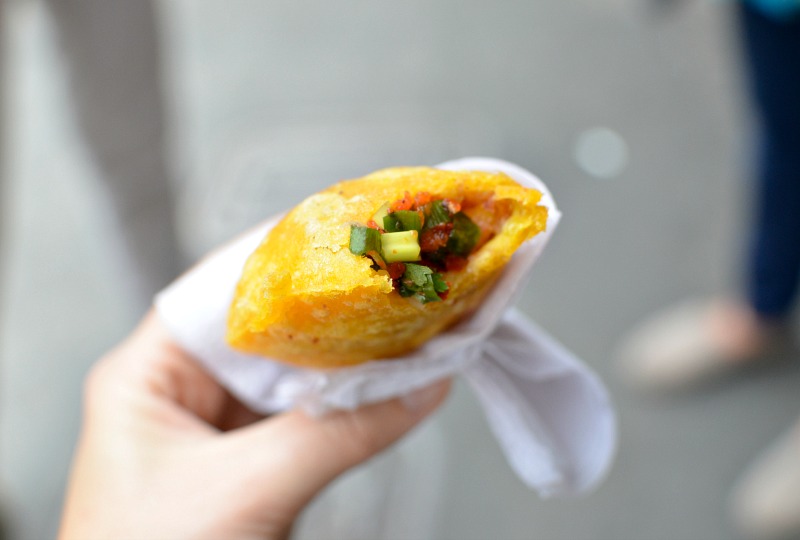 I’m going to be honest with you here, empanadas can be a bit hit and miss in Colombia. You’ve got to know where to go. But here’s my tip: just watch where the locals go. I came across an awesome little empanada spot in Medellin, just around the corner from Exito in Estadio and Wow! Those empanadas blew my socks off. Follow the locals and watch what they eat for some really good Colombian street food, or check out a local street food tour. 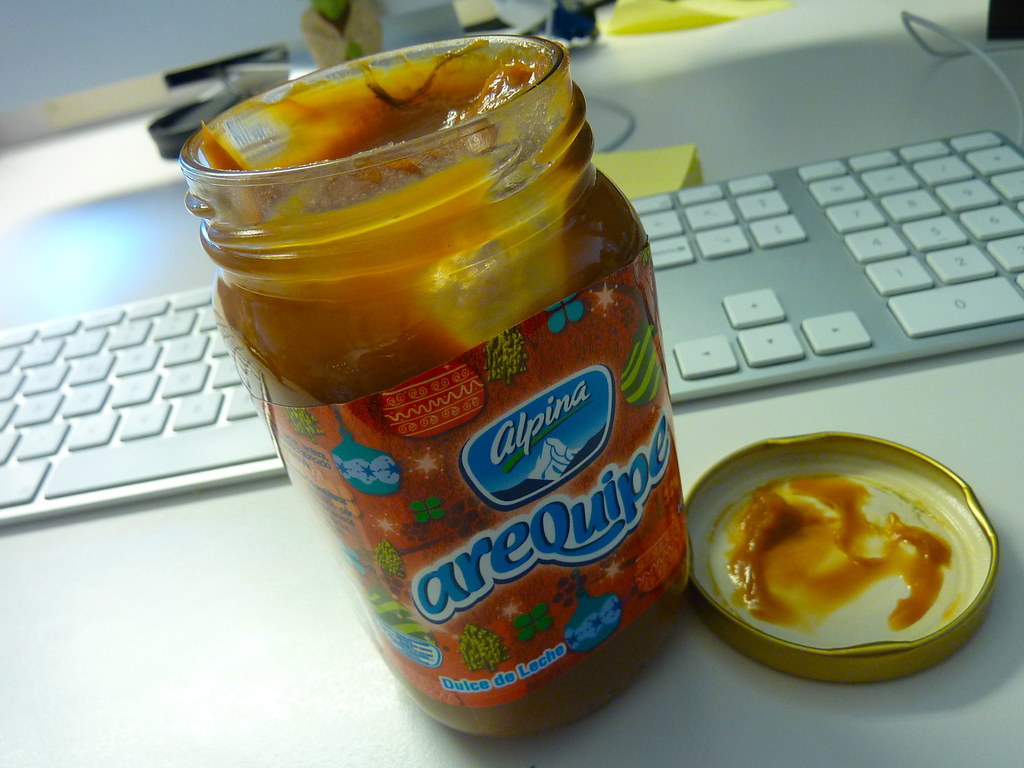 Arequipe, or you might know it as Dulce de Leche, is golden brown sugary bliss. It is sweet and can be used in desserts, but I prefer to eat it straight from the tub. I don’t even care if you judge me on that one, it’s totally worth it. 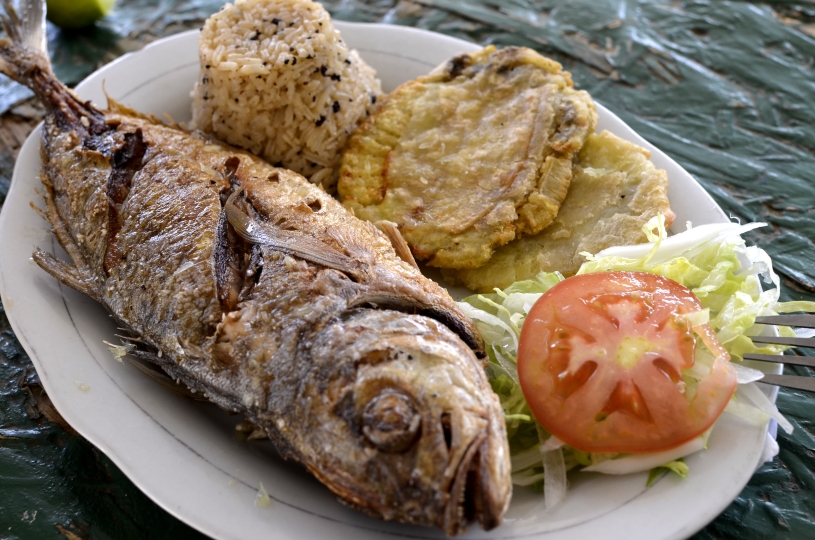 Coconut rice is particularly popular in coastal regions and goes mighty well with seafood, especially fried fish. It is one of my absolute favourite things to eat and is definitely worth putting weight on for while spending a Christmas in Colombia.

What do you think? What are your favourite Colombian foods to indulge in? What have I missed? Be sure to let me know in the comments section below. 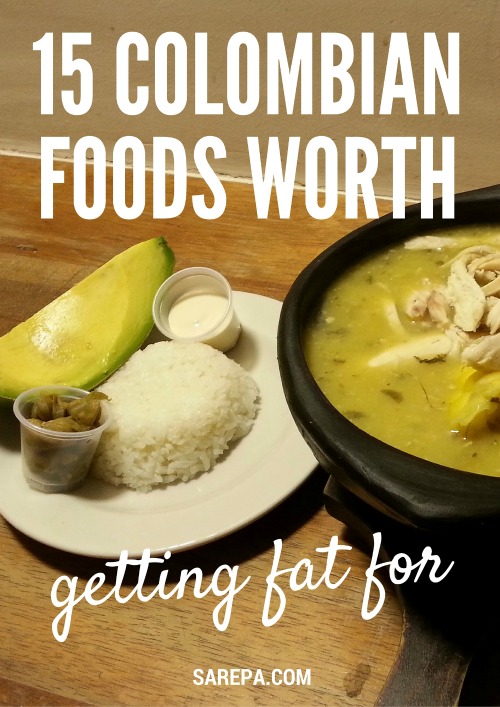