What really makes Colombia the happiest country in the world? 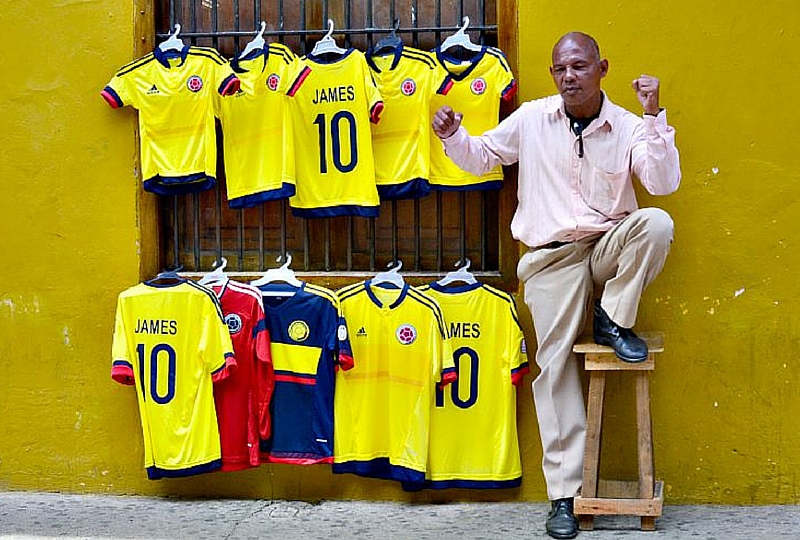 While I was working for a popular travel agency in Colombia there was a bit of a running joke between myself and the other bloggers. The company had been invited to do a talk at a travel conference in the capital, Bogota, to share information about why Colombia, despite not having the best reputation around the world, had become so enticing to travellers.

The running joke was that when people were asked what they loved so much about Colombia, they would almost certainly say the same thing, every single time: the people.

After a while, the response became so predictable that we joked about it. It also became the theme for the agency’s talk at the conference.

“They’re just so friendly,” travellers often said, “and hospitable, too” a backpacker once told me at a hostel in La Candelaria. “And happy. They’re just so happy!” another added.

More: 5 Reasons Colombia really does have it all

Happiness was a constant theme, and those travellers were onto something.

66,040 people from 68 countries were asked the same question: “In general, do you personally feel very happy, happy, neither happy nor unhappy, unhappy or very unhappy about your life?”

According to the survey, 87 percent of Colombians said they were happy, and only 2 percent said they were unhappy, giving them a net happiness score of 85 percent – twenty points higher than the global average.

Every time Colombia wins one of these awards, sure, a part of me is cheering on a country that I love and have spent a good portion of my life reporting on, writing about, travelling through and living in.

More: 6 Completely illogical reasons not to travel to Colombia

But another, more cynical, side of me always wonders: Why? And I know, the food is delicious, the joy music brings is contagious, the sense of community is touching and the people really are write-home-and-tell-your-friends lovely, but is that really what it takes to become the happiest country on earth?

I guess it comes down to what happiness really is and whether it can even be measured in the first place. Science says yes, yes it can. Psychologist and Harvard College Professor, Daniel Gilbert, says studying happiness is a lot like buying a new pair of prescription glasses. Stay with me here.

“Optometry is another one of those sciences that is built entirely on people’s reports of subjective experience,” he says. “The one and only way for an optometrist to know what your visual experience is like is to ask you, ‘Does it look clearer like this or (click click) like this?’”

It all comes down to what a person’s perception of happiness is.

Happiness isn’t necessarily about pleasure, about parties and having a good time all the time, it’s about acceptance and gratitude and ultimately, about making a choice to be happy no matter what is going on around you.

According to the Happiness International organisation, “Happiness is a feeling of contentment that life is just as it should be.” It’s about accepting your plight, your situation, and being grateful in the face of hardship. And, as we know, Colombians have gone through their fair share of hardship.

Six decades of civil war, endless peace talks, narco-trafficking, gang warfare, corruption, human trafficking, and they’re just the themes that are shown on popular telenovelas. How does a collective consciousness go through all that and still wake up in the morning and say: hey, I’m feeling pretty happy today.

In comparison Australia, where I’m from, was ranked 26th in the happiness scale. A country that shares no borders, was one of the only countries that didn’t go through a recession during the global financial crisis of 2011, where healthcare is free, where income rates are high and beaches are a plenty. No war, no peace talks and no worries. But still not as happy as the Colombians.

Colombia today, though, compared to Colombia 10 years ago is a very different place, and people remember. Parents can recall a time much less secure than it is now. Security was poor, risk was high and hope was waning. Perhaps that’s why people are happy now, they remember how far they’ve come in a relatively short period of time.

More: Safety in Colombia: How to stay safe while you travel

At the beginning of 2015 it was found that Colombia reportedly had one of the least violent years in three decades. According to one of Colombia’s largest newspapers, 2015 was the most peaceful year the country had experienced since 1984, the same year of drug baron Pablo Escobar’s violent peak and the year he orchestrated the murder of the country’s minister of justice. They were not happy times.

That sense of helplessness and suffering has been replaced with new hope and optimism.

The headlines reflect that. “Colombians optimistic about peace talks,” one newspaper reads, “Hope for peace in Colombia” says another, “Colombia’s strong business optimism,” another still.

I think Scottish writer Allan K. Chalmers surmised what happiness is rather nicely when he said, “The grand essentials of happiness are: something to do, something to love, and something to hope for.”

Love and hope, Colombia has. And something to do? Well, the country isn’t going to fix itself on its own now, is it?

When I hear of Colombia topping any type of list that reflects the country so positively, I give the country a big hypothetical fist-pump because I think it’s perhaps a fierce sense of pride that gets Colombia to the top of lists like these.

Whatever the case, they’re the happiest country in the world for 2015 and that, too, is something to be happy about.

Why do you think Colombians are so happy? Let me know in the comment section. 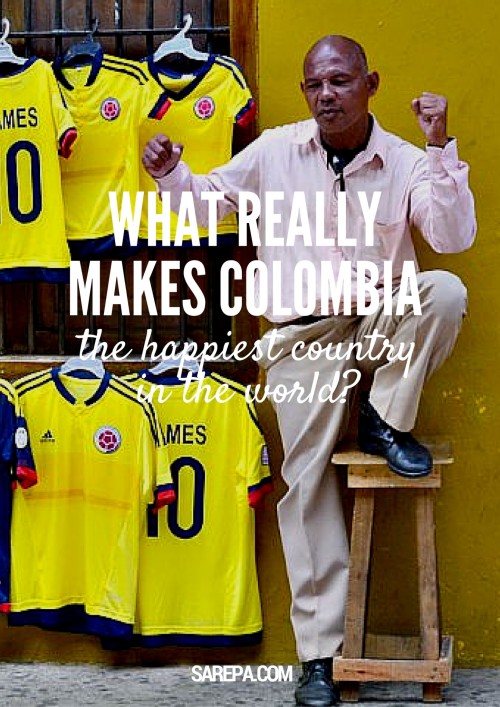