11 Things to do in Cartagena, Colombia 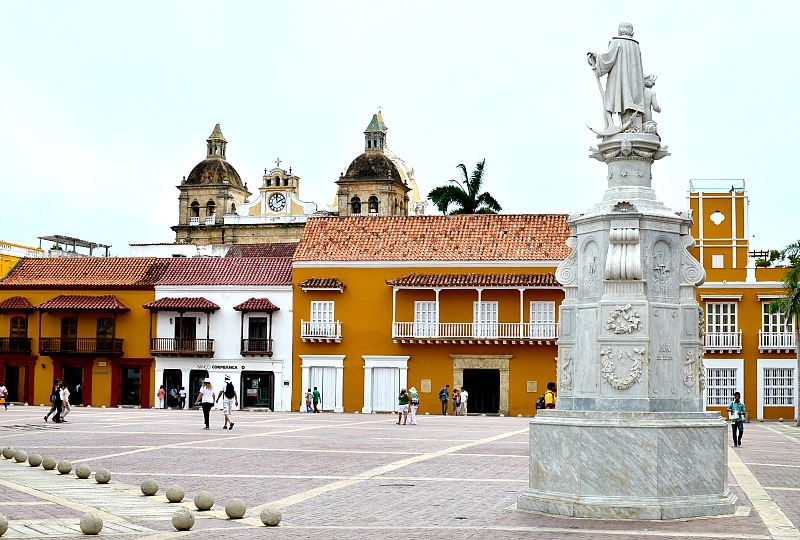 It’s dusk and the light breeze is warm on my skin. A woman walks by in colourful shades of red, yellow and blue with a bowl of fruit on her head. “Melon, mango, pineapple!” she calls, as she walks slowly down the cobbled street.

Colonial-style buildings line the narrow lanes, their towering doors with iron knockers appear to lock up a distant past behind them.

People are walking with their families arm-in-arm, couples hold hands and take photos in front of old buildings in busy squares. I walk past a salsa bar and watch people spill out onto the street, dancing closely with each other. I’m in the city of Cartagena de Indias on the Caribbean coast of Colombia.

I’ve visited Cartagena a few times and whenever I’m asked, I’m always quick to suggest this place to travellers, tourists and backpackers alike. A quick walk through The Old City (La Ciudad Vieja) really transports you back to another time – back to when the Spanish colonised the place back in the 1500s.

It’s also called the walled city (Ciudad Amurallada) because it’s enclosed behind a big stone fortress which was initially built to keep other opportunists looking to overthrow the city out. Both the English and the French tried to invade the city because of its prime position as a trading port. It’s no secret how great this place is, the city was even heritage listed by UNESCO back in 1984.

Cartagena is the perfect city to discover on foot and given the walled city’s small size, this is the perfect way to take in the sights – the balconies with vines heavy with bougainvillea pouring from them, the large squares where people sit, eat and people-watch.

Read more: A list of tours and experiences in Colombia

Right at the entrance to the walled city is a statue of Catalina, who was an Indian princess and an icon for the city. She was kidnapped by a Spanish captain and became an interpreter between the natives of Cartagena and the Spaniards, and although many people died during the colonisation of Cartagena, it is said there would have been so many more deaths if it wasn’t for the help of Catalina. A replica for her statues is also the award statuette for the annual Cartagena International Film Festival.

If you’re planning to visit Colombia, then here are 10 things to do in Cartagena while you’re here.

Image: Ealmagro/Creativecomms
The Cartagena Gold museum has a large collection of gold and ceramic pieces. 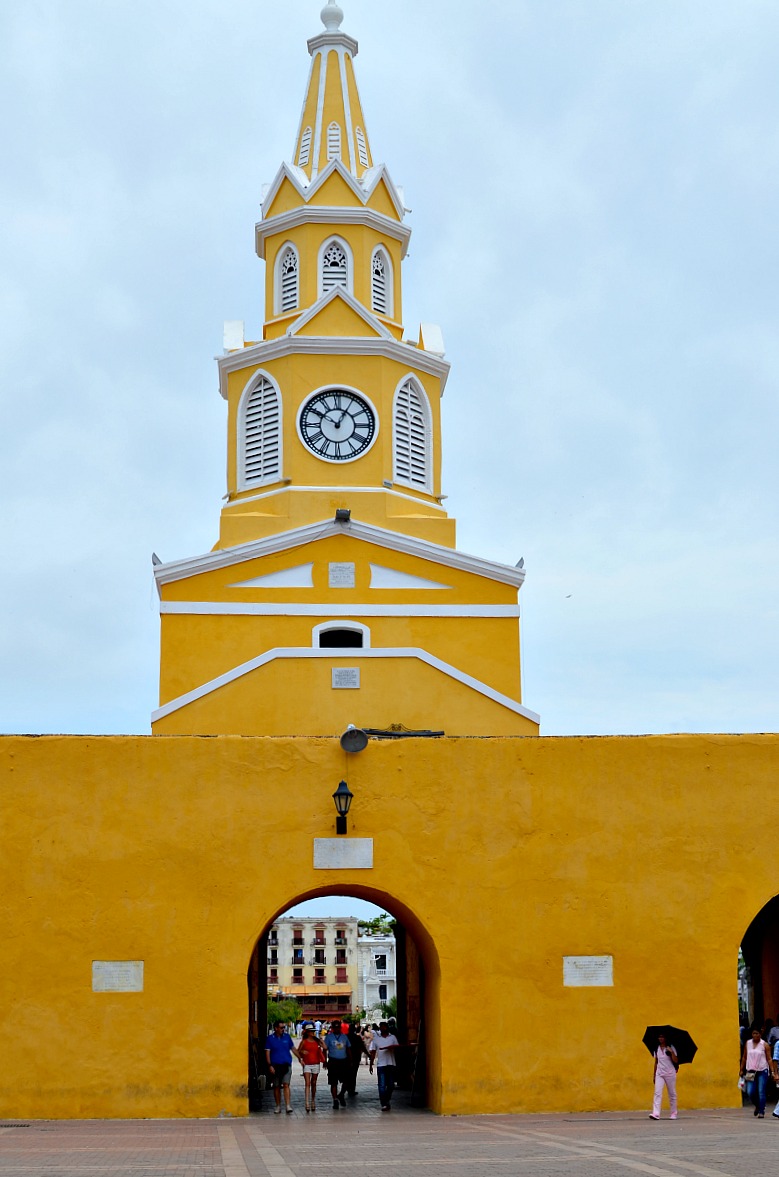 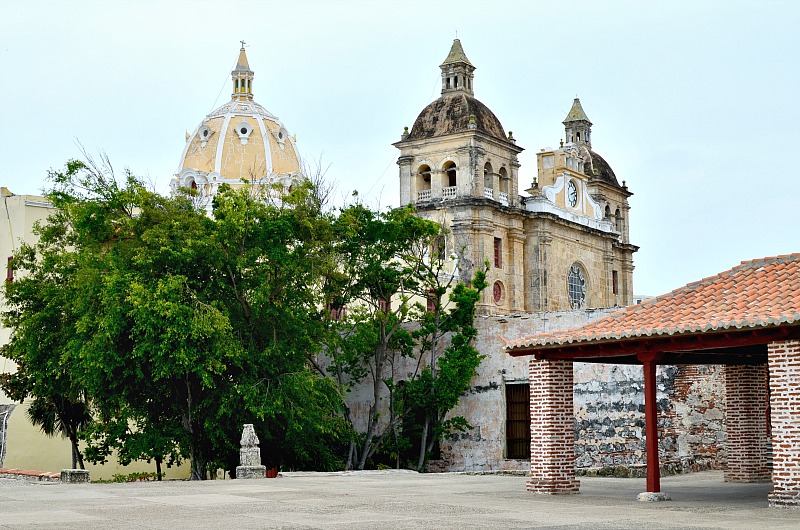 This church was built in honour of a priest and his work with slaves.

4. Take a photo of the bronze statues in front of the church 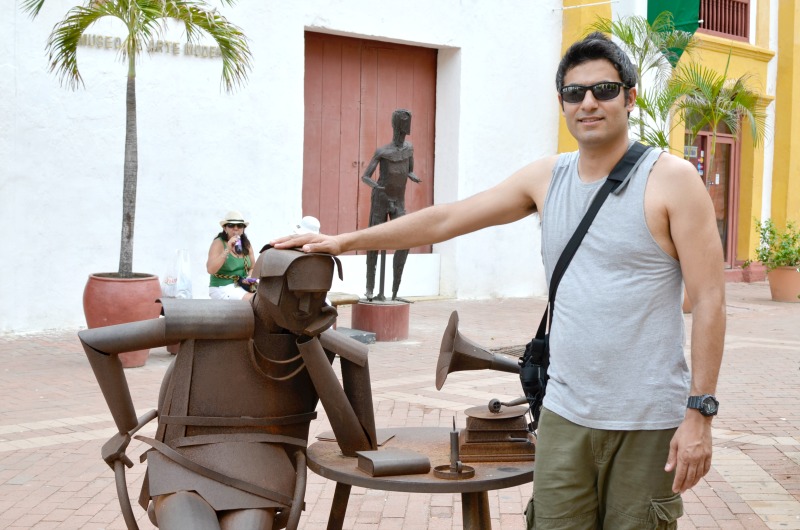 They depict daily life of people in Cartagena.

5. Have a dance at Donde Fidel Salsa Bar

Image: AFAR.com
Fidel is a salsa bar near the Clock Tower. You can’t miss it. Just follow your ears towards the salsa music. 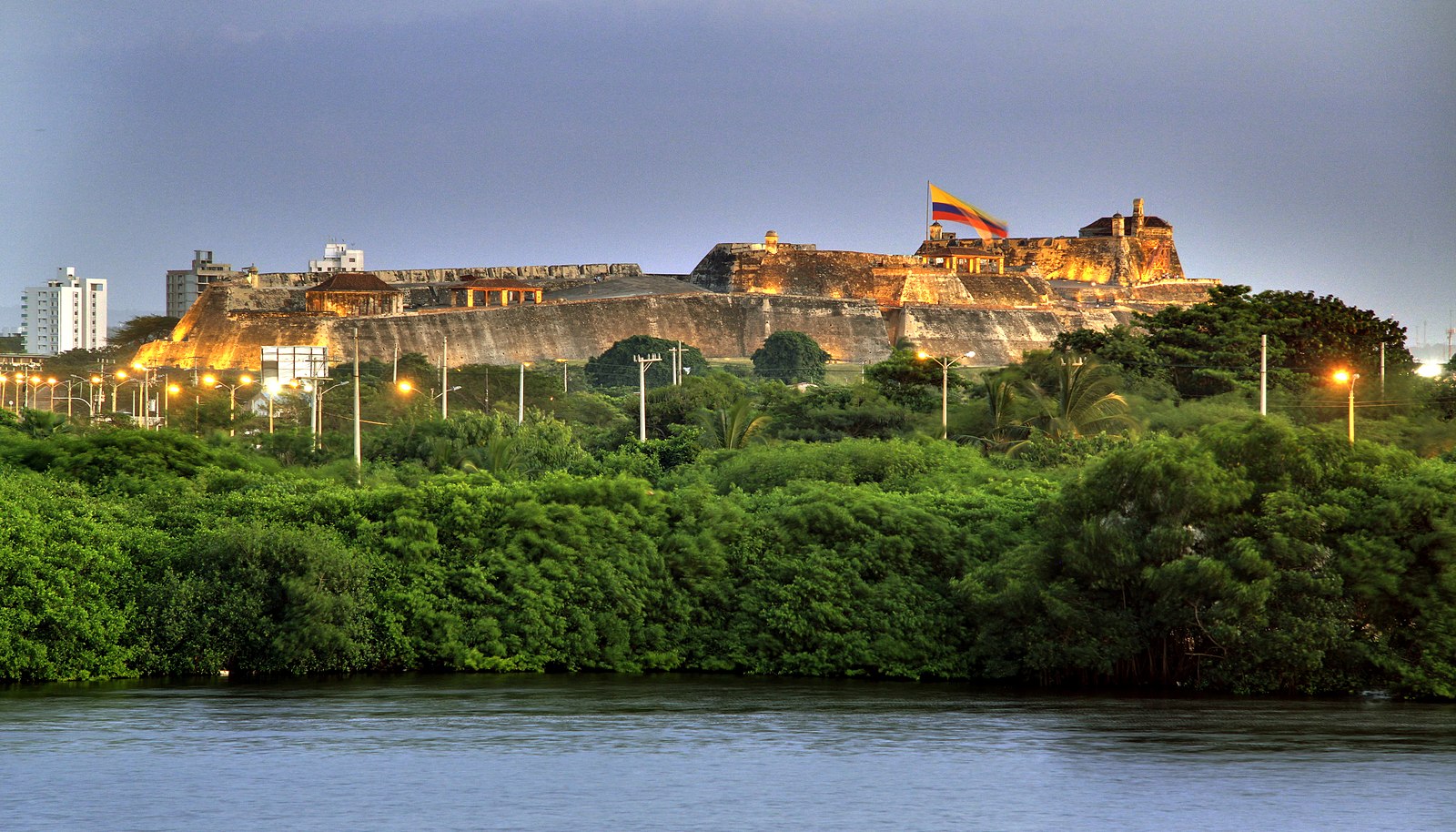 7. Take a stroll through Getsemani 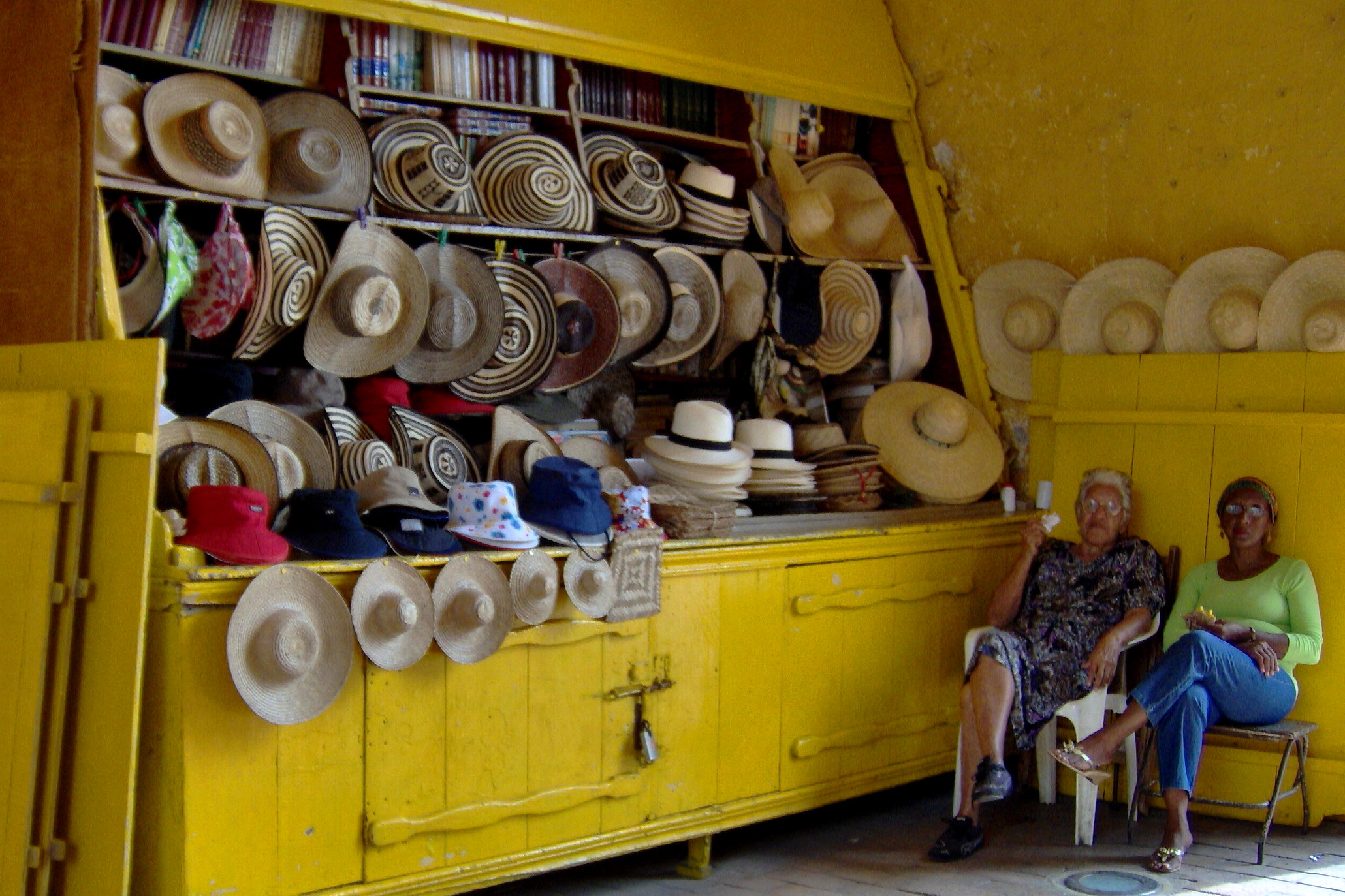 Image: Michele Mariana/Flickr
This area is known of its bars and burgeoning street art scene. 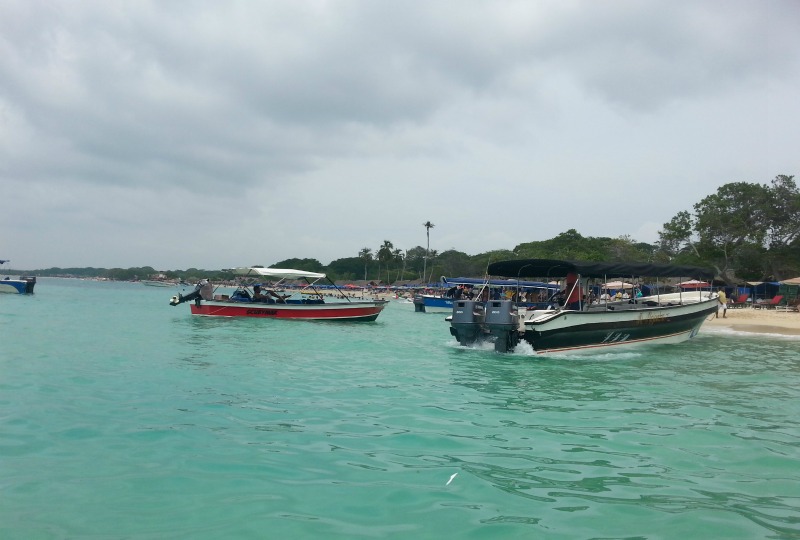 Head to the port and take a boat to Playa Blanca and the Rosario Islands. Take a tip from me though and make sure you don’t ruin your trip.

9. Visit the Statue of Catalina 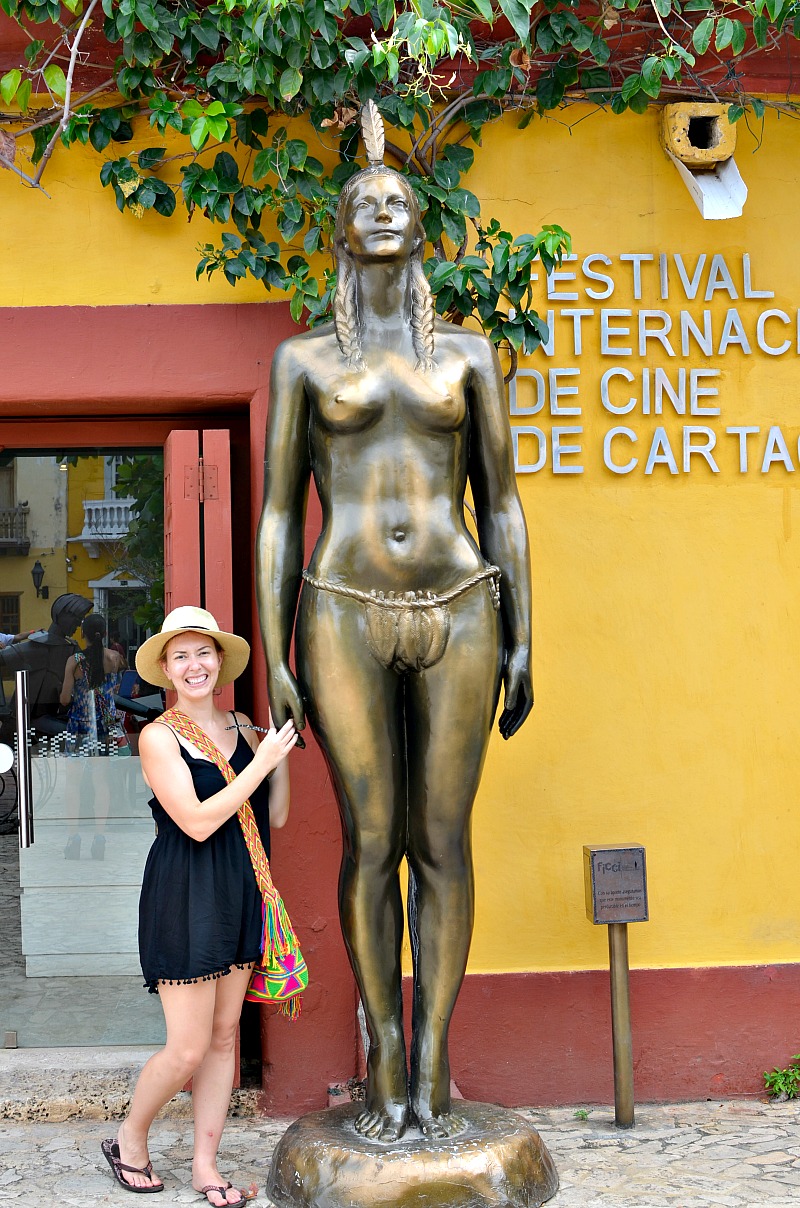 Get a photo with the statue of Catalina.

10. Ride through the mangrove tunnels on the Mangrove Tour 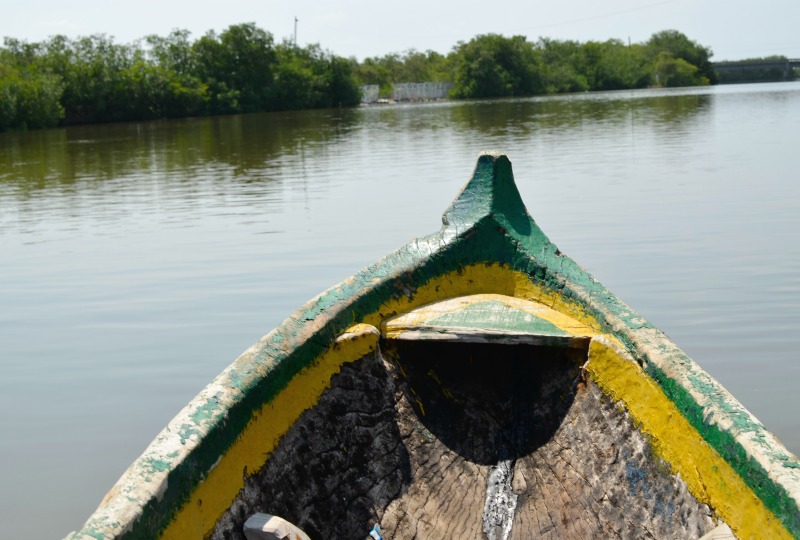 Jump in a hand-carved canoe and discover the mangrove tunnels of Cartagena. 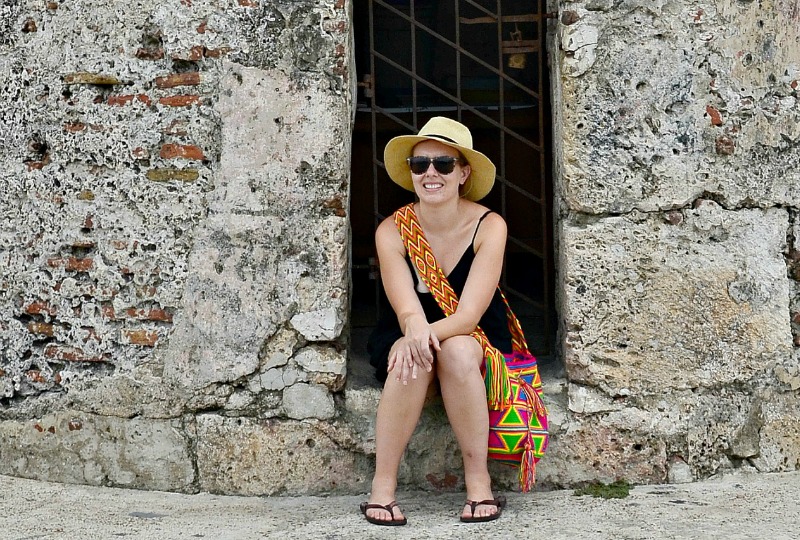 Take a stroll along the wall that surrounds the old city of Cartagena. Buy a drink and watch the sunset or rise.
What are some of your favourite things to do in Cartagena? Share them with us in the comments section below.

Pin this post about things to do in Cartagena! 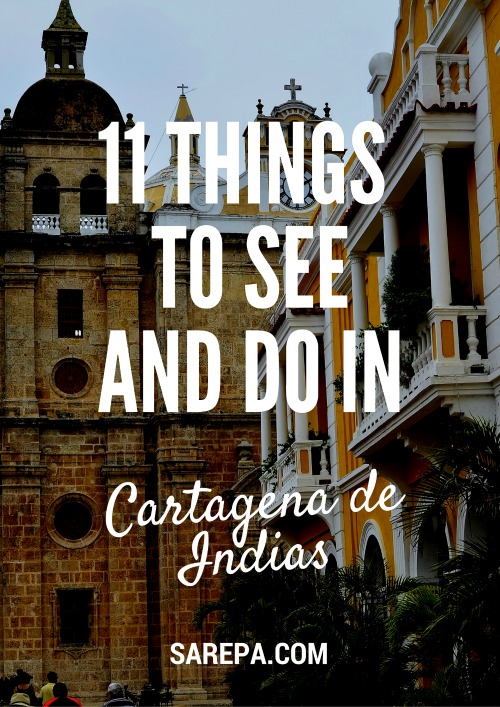