Expats in Colombia: Meet Naomi Dalton from How To Bogota

Anyone who decides to pack up a bag and move abroad is often met with any number of questions about their new home. Things like how to get around on public transport, how to make new friends and what destinations to explore are just some of the questions that come to mind.

Luckily, for expats in Colombia who have decided to call Bogota home, there is a website called How To Bogota, written by U.K. local and now Bogota resident, Naomi Dalton.

Naomi shares her own personal experiences living in Bogota to help other expats who are still trying to find their feet. From how to cope with the weather to how to eat ajiaco, How To Bogota has a wealth of information for expats in Colombia, specifically Bogota.

Today, Naomi shares some of her own experiences living in the Andean city and what it has been like to call Colombia home.

Name: Naomi Dalton
Country of origin: U.K.
Where in Colombia are you living now? Bogotá

In a nutshell, I moved to Bogotá to be with my boyfriend Javi, who I met while he was studying in London. 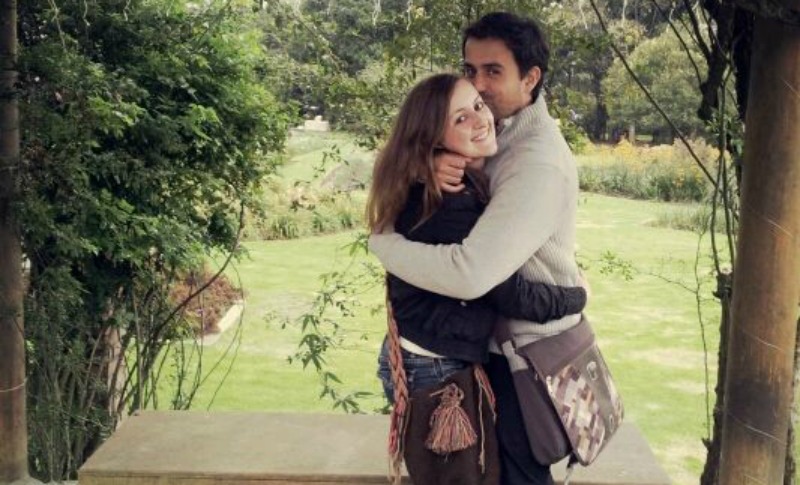 I had actually visited Colombia a number of times before I moved here to live, and had had a wonderful time exploring the Candelaria in Bogotá, the colourful streets of Cartagena, the lush green mountains and crystalline sea of Santa Marta and the astounding desert landscape of La Guajira. I loved Colombia but being here on holiday and living here are two very different experiences. Once the ‘honeymoon period’ was over, it did take me a while to adjust to Bogotá, which I found to be chaotic and congested, and anything you want to get done here always seems to take an unnecessarily long time! One of the reasons I started my blog, How to Bogotá, was partly to force myself to find the things I liked about the city, discover its charm and ultimately make peace with Bogotá.

Learning how to use the TransMilenio bus system was probably my first small victory! I suppose I’m proudest of how I’ve managed to adapt to life in Bogotá after a rocky start, and created a blog which others have said helped them a lot when they first moved here, which was the principal aim when I started it really. I’m also very pleased to have been a contributor to an anthology commemorating the life and work of Gabriel García Márquez, Was Gabo an Irishman? Tales from Gabriel García Márquez’s Colombia. My experiences in Bogotá led me to becoming a published author!

One way is to start a blog. I’ve had a lot of people contacting me via my blog and asking to meet up for a coffee; I have met a few people and blogs are a great way to share experiences and to force yourself to get to know a new place. There are also a couple of weekly language exchanges at some well-known bars in Bogotá (Gringo Tuesday and the Wednesday Speakeasy), which is a fantastic way to meet both expats and Colombians. I also joined a book club with a few expat friends, and friends of friends. InterNations also holds regular events and meet-ups for expats and Colombians.

What’s one little-known Colombian destination people should definitely get out and see?

I love Ronda Quebrada la Vieja, a green wooded area in the Chapinero Alto/Rosales area of Bogotá which goes up towards the mountains. There’s a lovely stream up there which you can walk along, a few dog-walkers, but generally there aren’t a lot of people around and it’s a lovely place to go on the eastern periphery of the city to walk quietly and reflect, or to just enjoy a bit of peace and quiet! 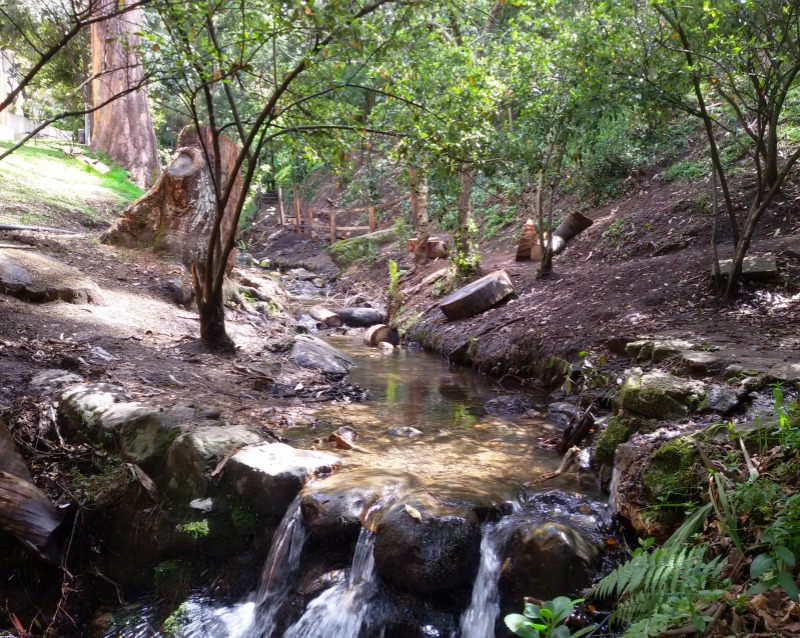 My favourite type of arepa is the arepa boyencense (from the Colombian state of Boyacá); it’s sort of sweet, crispy on the outside and soft and crumbly on the inside. I love eating them with beef at barbecues or asadero restaurants!

What’s the most challenging thing about learning Spanish in Colombia?

I studied Spanish at university and have already lived in and travelled to a number of countries in Latin America, and Spain. I can therefore say, in my experience, that Colombian Spanish is one of easier accents to understand, and it’s no more challenging learning Spanish in Colombia than in any other Spanish-speaking country, all of which have their own varieties of Spanish with some vocabulary and idiomatic expressions which are very characteristic of the Spanish of that country. I haven’t come across many Colombians who speak conversational English, so you’ll likely be forced to practice your Spanish every day, which is a great way to learn and improve!

Any tips for someone wanting to create a travel blog while in Colombia?

Many Colombia travel blogs that I’ve come across focus on specific topics such as current affairs and politics, cultural and events information, and food and drink. Decide what type of blog you want yours to be – I think it’s good if a blog has a focus, because then people looking for particular information will go to your blog to find what they’re looking for. For example, if I want inspiration or recommendations for good places to eat in Bogotá, I will always go to Flavors of Bogotá first and have a look at expat blogger Karen Attman’s latest posts. If I’m looking for commentaries on current affairs, I’ll go to journalist Richard McColl’s blog.

In my case, in the beginning, I wanted How to Bogotá to be a ‘handbook’ for new arrivals in Bogotá, which would help them to understand how the city worked and to avoid some of the angst and frustration that I felt when I first arrived! In time, I also started to use it as an outlet for my feelings about the city, and some of the experiences I was having (positive and less positive!), which helped me to work through some of my difficulties and adapt to my new life here. People have said that they have found the information on the blog really useful, and sometimes say they even relate to how I’ve felt sometimes!

If possible, make your blog something that you enjoy writing about, otherwise you’ll get bored and it’ll eventually fizzle out, and something that others find useful and/or entertaining so that they’ll come back again and again!

Do you know any other expats and locals doing amazing things in Colombia? Be sure to get in touch!