Expats in Colombia: Courtenay Strickland from Barranquilla or Bust 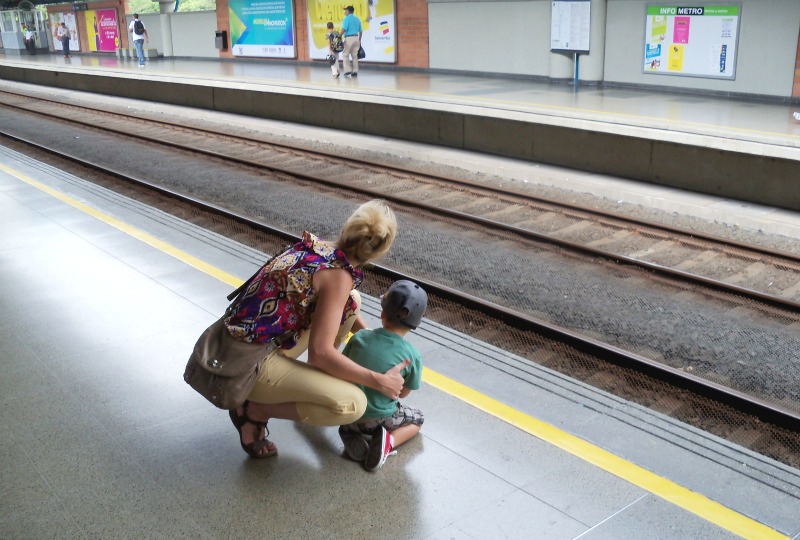 I’ve been keeping up with Courtenay Strickland’s life in Colombia since she moved to Barranquilla three years ago. She’s been documenting her life in the country on her blog Barranquilla or Bust, and now she’s moved to Medellin with her son. It is such a pleasure to learn more about her experiences in the country through our recent chat for our Expats in Colombia series. Read more about Courtenay below and be sure to keep up to date with what she’s up to on her blog and Facebook page.

Courtenay at a signing of Was Gabo an Irishman?

Country/city of origin? United States – but answering the question “where are you from?” has become complicated for me, as it has for so many people today. I grew up in small town Georgia, but lived in all four corners of the US before settling in Miami. For my adult life, Miami is my hometown.

Where in Colombia do you live? Medellín. I’ve been here almost a year and a half, after two years in Barranquilla.

Can you tell me a little about yourself and how you ended up living in Colombia?

The move to Colombia began with an off-hand comment by my then husband, Gio. I was looking to make a change in my work, but the job opportunities that interested me all involved extensive travel in Latin America – too extensive given that our son was only one year old at the time. As Gio and I discussed this, he remarked, “I’ve always thought about moving to Colombia for awhile.” Gio was born and raised in Miami, but his parents are Barranquilleros and he had family in Barranquilla that he’d never had the chance to know. My response? “I’d move to Colombia!” And the ball started rolling.

Did you have any expectations about Colombia before arriving? And did they match your first impressions?

I moved to Barranquilla sight unseen. Gio made videos for me, including a video of potential apartments – sort of an amateur House Hunters International. (We later ended up on the show, which we laughed about a lot. We’re Episode 7 on House Hunters International: Best of South America Season 1!) But that was pretty much the extent of what I knew about that town. I’d been to Bogotá before, but that was it. As a Latin American Studies major in college, I had some academic knowledge of Colombia. But really, you don’t know what you don’t know until you go. I was pleasantly surprised by the standard of living, but also sometimes frustrated by the inefficiencies of daily life. Getting into a long-term apartment and paying bills, for example, were harder than I expected. 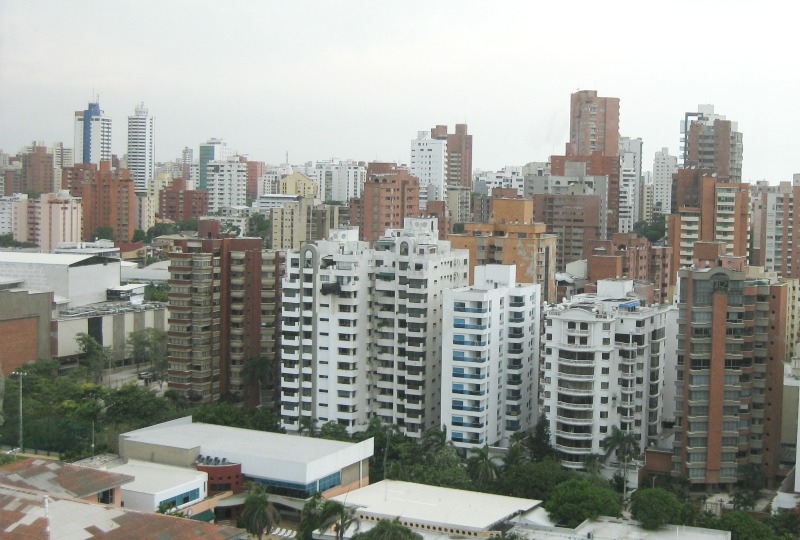 The view of Barranquilla

You write a blog called Barranquilla or Bust, which is all about life living in Colombia with your family. What inspired you to blog about your experiences?

For me, the blog accomplished two things. It kept me busy during a period when I had only part-time consulting work; I’m like a dog without a bone when I don’t have a full workload. Secondly, it helped me see the humor in what turned out to be a fairly bumpy transition.

What’s one piece of advice you’d give families looking to move to Colombia?

Roll with it. Making an international move, especially when with a child, requires flexibility. You’re going to have to compromise on some things when it comes to parenting. Figure out what’s most important and whether you can maintain that in the place you plan to move, and then be adaptable on the rest. 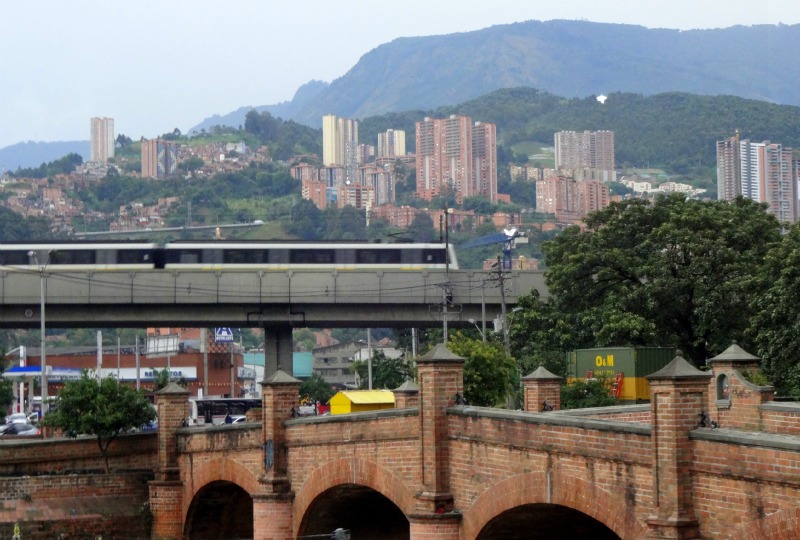 The view of Medellin

After living in Barranquilla for some time you and your family have moved to Medellin. How has life in Colombia changed since that move?

Medellín is bigger than Barranquilla, so there are more cultural activities, more products commonly found in the US, and many more expats from around the world. But in Medellín, transportation is sometimes difficult, and while there are mountains, there’s no ocean – something I miss. The expat crowd is large, but it can be harder to find your niche. That being said, in Medellín I have embraced Colombia in a way I hadn’t before. That’s probably due less to differences between the two cities than to having lived in the country longer. It’s also due to the fact that my husband and I separated while living here, which has made me experience Medellín and Colombia in new ways. Socially, it’s almost as if I just moved here! On a less serious note, in Medellín I’ve had a great time discovering new products and designers. Now, when I buy clothes and shoes I try to go local – not only is it a great value, but the styles are fresh and wearable.  I just got an awesome new swimsuit designed by Natalia Forero. 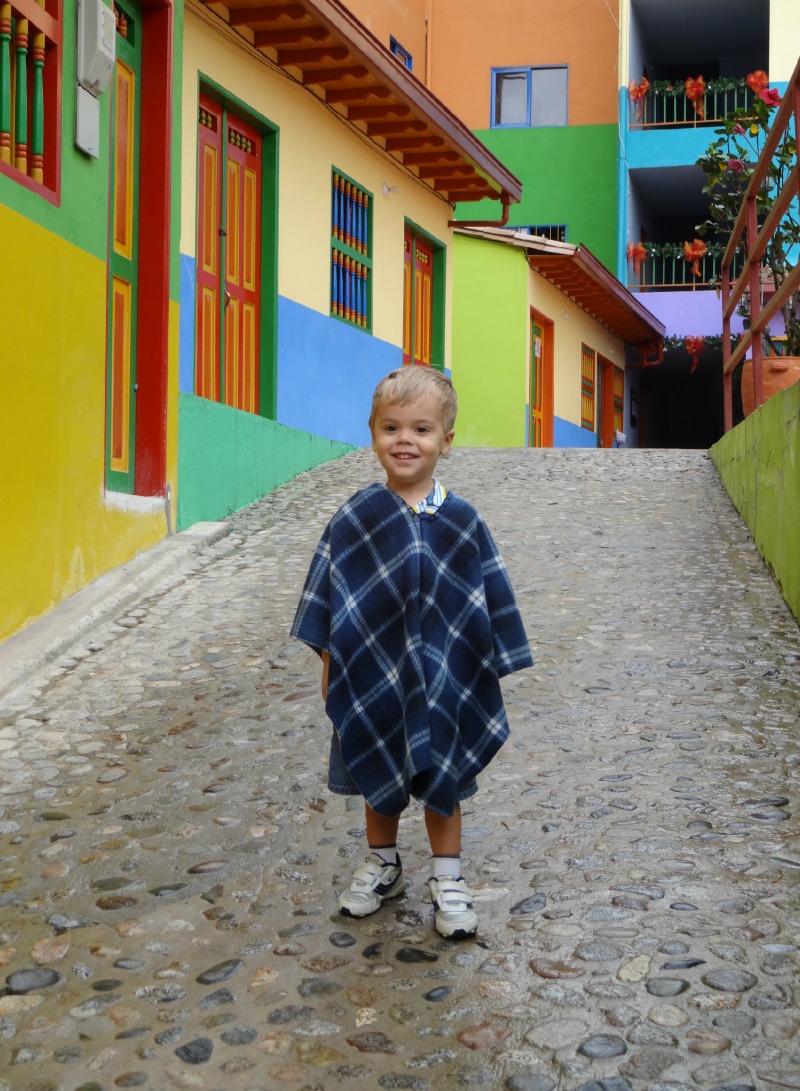 A photo of Marcello in Guatape

You’ve written about what life is like with your little boy in the Colombian school system. What are the main difference you’ve noticed between schools in Colombia and the United States?

Apart from daycare, I haven’t had a kid in the US school system, though I certainly hear plenty about it from friends! Within the school systems, I think I can safely say that the gender roles for parents are more overtly delineated here than in the US. At a parents’ meeting at the first preschool Marcello attended in Colombia, the teacher turned to all the moms and asked for a volunteer to organize events. She then turned to all the dads and asked a father to volunteer for the finance committee. I’d much rather sit on the finance committee than organize a party, but that wasn’t presented as an option.

Even at the large international school (K-12) that Marcello now attends, at the parents’ meeting it was assumed that all the moms would be part of a WhatsApp group – a group that sometimes receives more than 100 messages per day – and all the fathers would not. Furthermore, parental education/involvement meetings are held from 8-10 am, right at the start of the traditional Colombian workday. This makes it hard for most fathers to attend and makes it very difficult on families in which both parents work. As a feminist, that type of thing makes me nuts, especially when it’s overt.

When our son transitioned from an early childhood center in Miami to one in Barranquilla, there was an immediate difference in food. Candy was handed out on the daily in Barranquilla, and when my son didn’t want to eat his vegetables, the staff sort of waved their hands in surrender and handed over the salchipapas. But I don’t think that was indicative of Colombian preschools overall. In Medellín, Marcello attended Los Ositos, a wonderful centro infantil about which I cannot say enough good things. Marcello’s diet improved, and not once were my feminist values challenged. Our experience there was fantastic. 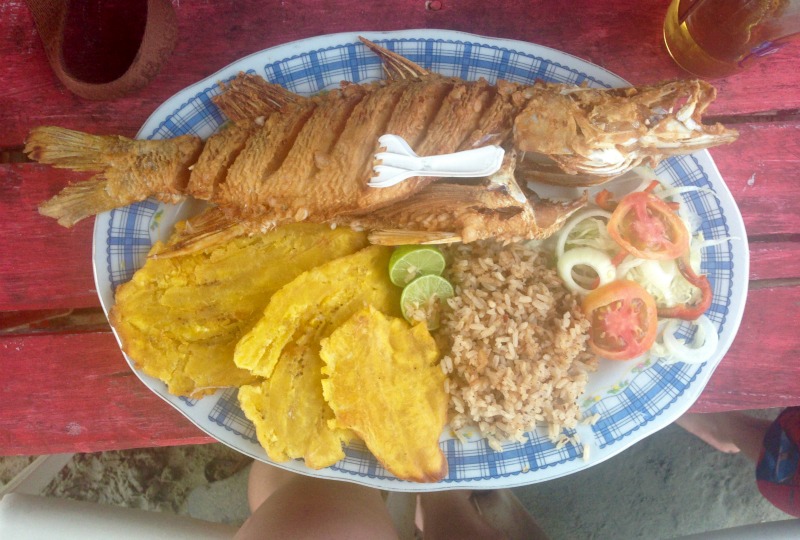 Ohhh, patacones. I’m not a fan of maduros, the ripe, sweet yellow plaintains, but fry me up some of those big green ones anytime! Yum.

And your favourite arepa?

Chócolo, definitely chócolo. I like ‘em sweet! I was not big on arepas when I first moved to Colombia, and now I have opinions about different kinds and cravings for them to boot. Silly to say, but my shifting arepa perspective is a clear measure of how Colombia has changed me!

Any tips for expats living in Colombia on how to make lasting friendships while in the country?

Be open to getting to know people you might not usually consider potential friends. For example, while I’m a very spiritual person, I’m not much for organized religion – so I was surprised when a Mennonite missionary became one of my best friends in Barranquilla. Moving abroad forces you to get outside your comfort zone in all sorts of ways, including with respect to friendships. The result is a much more expansive experience of people and relationships. 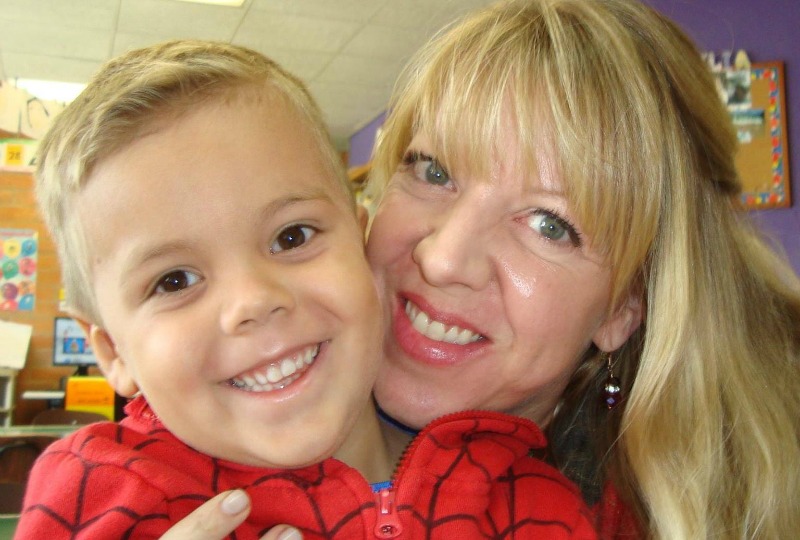 Do you have anything exciting coming up that you’d like to share? And how can we find out more about it?

Two things! First, I have a new website in the works. It’ll incorporate www.barranquillaorbust.com, but will also include a lot more. You’ll be able to find it at www.courtenaystrickland.com. Secondly, I’ve joined my friend Peter Ranger as second author on his forthcoming book, Spiritually Promiscuous. The book explores how worldwide religious traditions can be used to create an individualized path to spiritual fulfillment. I’ll announce all the latest on the Barranquilla or Bust! Facebook page and on Twitter – follow me @courtclarisse. Thanks for your interest, and thank you, Sarah, for the opportunity to share with your readers!

Big thank you to Courtenay and be sure to keep up with her journey through Colombia on her blog. Are you an expat living in Colombia? Get in touch!