It’s Colombia, not Columbia: Why all the confusion? 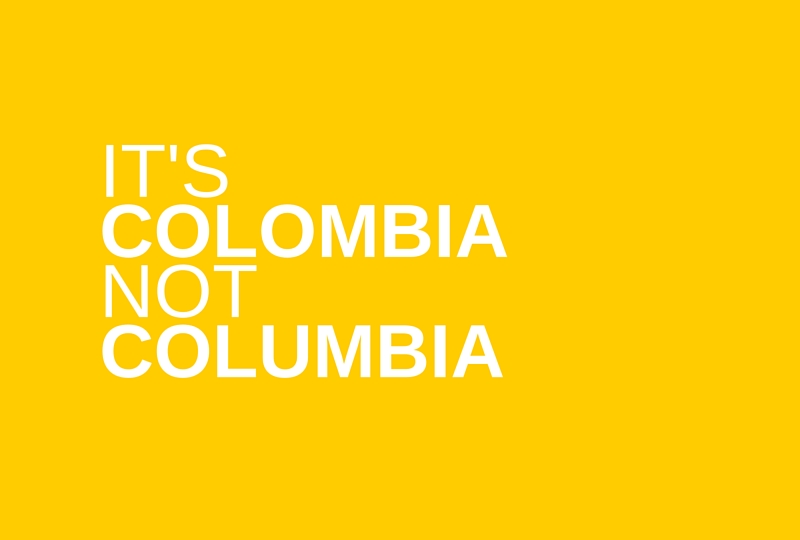 What’s in a name? Quite a lot if you ask a Colombian, and for good reason. The country has been misspelt for years by newspapers, magazines, in books and online. But thanks to a social media campaign called “It’s Colombia, NOT Columbia” the word is getting out and they’re setting the record straight.

But why all the confusion? Why do so many people spell the country incorrectly? Well, before it was given the title of the Republic of Colombia, the nation went through a variety of names.

It was called the Nueva Granada (along with Panama, Venezuela and Ecuador) it was then called the Republic of Nueva Granada, then the Federacion Granadina and even the United States of Colombia.

Eventually, the name Colombia was decided on, inspired by the Italian explorer and navigator, Cristoforo Colombo. In English we know him as Christopher Columbus. Now, that’s where that pesky U pops up.

And the country of Colombia isn’t the only thing named after the explorer. There is:

As Victoria Kellaway puts it in her illustrated novel Colombia a comedy of errors, to an English speaker “Columbia could be to Colombia what Londres is to London. We would just never dare to admit that in public.”

Whatever the case, Colombia is referred as “ColOmbia” in the dictionary. So it’s settled then, it really is Colombia and not Columbia.

Take a look at CNN’s video about the It’s Colombia, Not Columbia campaign below:

IT'S COLOMBIA NOT COLUMBIA
by Sarepa
Leave a comment