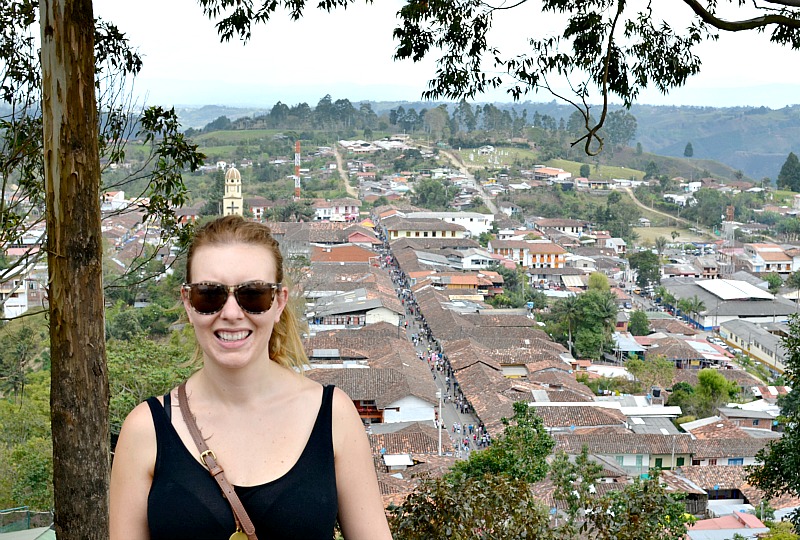 I’m a big fan of getting off the tourist route and discovering the hidden gems of a new destination on my own. I love wandering through cities without knowing where I’m going, stopping by small eateries for a bite to eat, unsure of what’s on the menu or whether it’s any good.

Living and travelling through Colombia over many years has given me the opportunity to learn about the local culture, the food and the way of life, mostly on my own. And that’s because I’ve always felt that an authentic local experience couldn’t be learnt through tours in Colombia, but rather something that I had to learn about through my own personal encounters.

I returned to Colombia this year, after some time away, and was invited to do a variety of tours around the country. This was the first time I took a series of tours in Colombia back-to-back. I took a canoe through the mangrove tunnels in Cartagena, I went paragliding in Medellin and discovered some delicious street food in both Bogota and Medellin.  And while I am still a fan of learning about a country or new destinations through personal experience, it really made me realise that organising tours in Colombia instead of going it alone can be one of the best investments you can make on your travels. And here’s why.

1. It gives you some cultural and political perspective 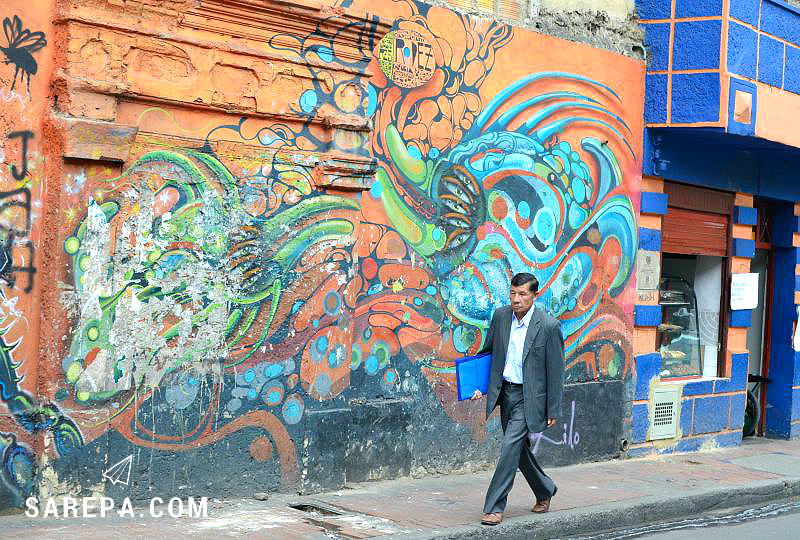 I spent a lot of time walking the streets of La Candelaria in Bogota while I was living in Colombia, but it wasn’t until I joined the Bogota Graffiti Tour that I learnt about the cultural and political significance of some of the most vibrant pieces of street art seen throughout the city.

Going it alone on my travels I had witnessed loads of street art, heck I had met a bunch of street artists, too, but it wasn’t until I went on the Bogota Graffiti Tour that that art was put into perspective. I learnt more in one morning on the tour than I did in over a year living in Bogota.

Through the tour we learned about the local laws, Colombia’s political history and why the city is one of the best places for street art in the world – things I probably wouldn’t have known without going on the (almost free!) tour.

2. It gives places significance and meaning 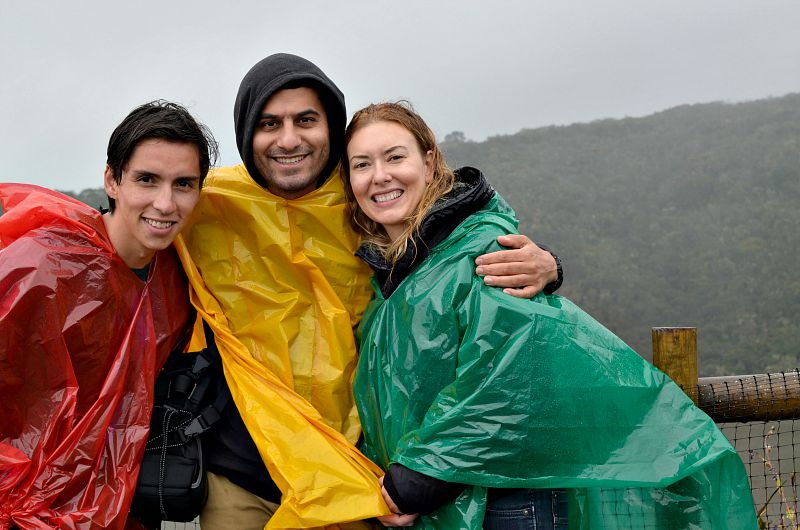 I’d heard and read a lot about Guatavita Lake before I visited the sacred site on a tour earlier this year.

Although I knew the area was where the local indigenous people, called Muiscas, once made offerings of gold to their gods and where many tried to excavate the treasures thought to still be at the bottom of the body of water, I feel that if I had trekked to the top of Guatavita alone, it would have been just a lake – an impressive natural reserve with an interesting story behind it but, at the end of the day, just a lake.

Instead, along with our guide Alejandro, we trekked to the top of Guatavita hearing stories of the rites of passage the Muiscas would go through to become a priest, we learnt about their ways of thinking and being, which were subtly explained through a stone pathway that we walked across. It featured two circles overlapping, representing life as a mixture of dark and light, good and bad.

We also wandered through the Paramo ecosystem, which some scientists believe to be evolutionary hotbeds of biodiverse activity. Once we actually reached the site of Guatavita Lake, it became less of a lake and more like the belly button of the universe, a place of spiritual pilgrimage and a sacred site with a energetic presence. Something I’m sure would have been lost on me entirely if it wasn’t for our guide. 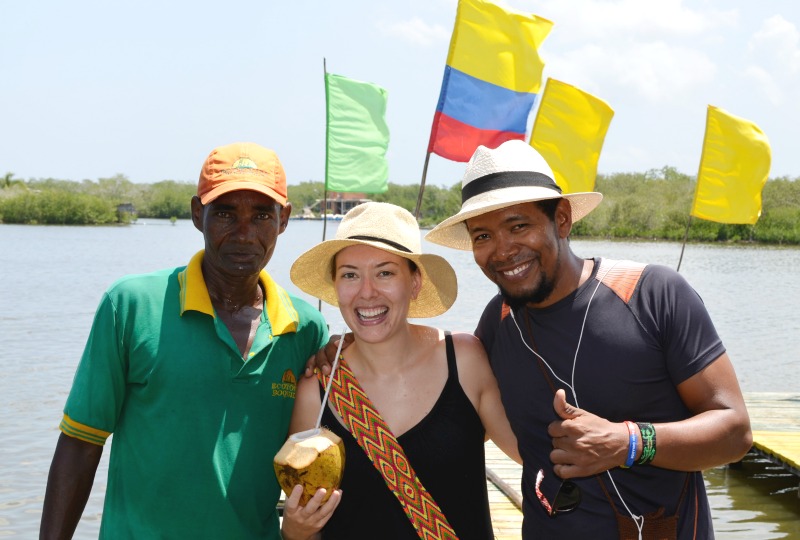 The tourism industry is a fairly new thing in Colombia. A country once known for sordid activity and unforgiving stereotypes, it is experiencing a bit of a renaissance. When you travel Colombia and see the country through local tour operators, you’re contributing to the economy, supporting local industry and contributing to the growth of quality tourism in the country.

I had the very good fortune of meeting a man named Rony (on the right) from Cartagena on our mangrove tour. This tour has been running for close to 20 years, created by EcoTours Boquilla and the local community as a way to remain self-sustainable. The tours are run for and by the people of the area, with aims of educating tourists about the area, their customs and culture, but also as a way of creating jobs, generating an income and preserving the ecosystem.

4. You get to know the local’s perspective

It’s one thing to eat your way around Medellin, but to be taken to all the best spots with a local, well that is just the perfect way to spend a day. Great food spots favoured by the locals can be hard to come by in Colombia, you really need to know where to go. Discovering the best street food stalls in Medellin with La Mesa Food Tours was a highlight for me because we not only learnt about local dishes, but our guide Laura also recounted personal stories and memories surrounding food from her childhood.

5. You actually get to meet the locals

You might think that going on tours in Colombia might disconnect you to the locals and their daily life, but what I found while doing tours in Colombia was that they were run by the locals. We got the chance to meet so many Colombians on the tours we took, from university students working as tour operators in their spare time to pay the bills, to travel enthusiasts who wanted nothing more than to share their country with foreigners. And we made friends with almost all of theme, organising to catch up after the tour was over, too.

For me, I learnt more about Colombia during these tours than I did after years of living in Bogota. In just three weeks I learnt about politics and cultural history, about cooking and food and the best places to eat, and the hospitality and generosity of the locals. It’s true what they say, travel is the only thing you buy that makes you richer.

Pin this for later! 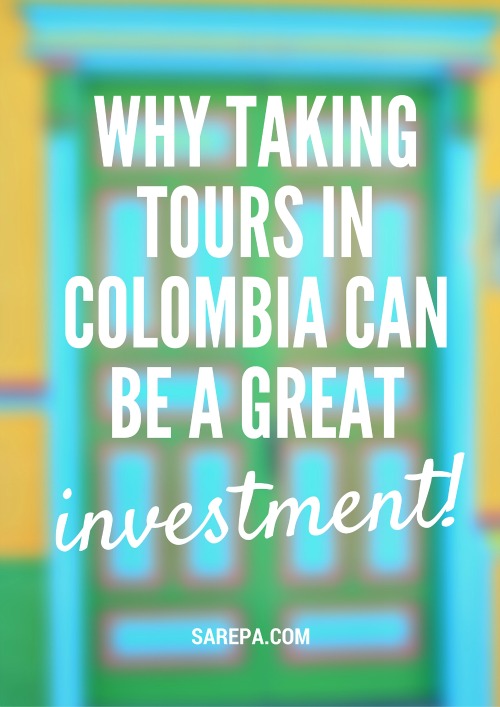