Proyecto ComeDog: The project helping the street dogs of Colombia 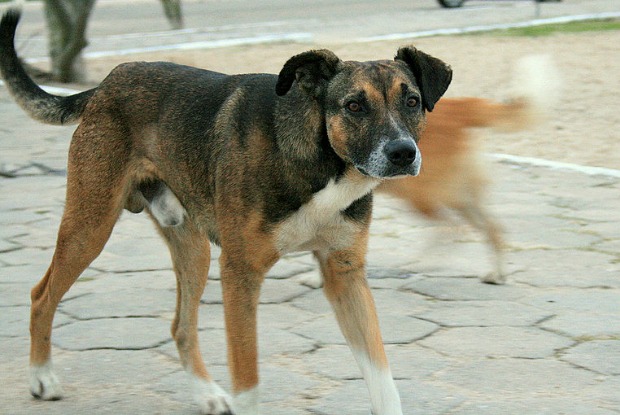 Wasn’t it Mahatma Gandhi who said something along the lines of, “The greatness of a nation can be judged by the way its animals are treated”? Well, Colombia, you’re on your way, especially if this project aimed at helping the street dogs of Colombia is anything to go by.

From the dogs and cats that keep us company in the evenings, sitting on our laps in the living room after a long day at work, to the strays that walk the streets in search of scraps, all animals are worthy of a healthy life and a happy home. But that’s not often the case, with an estimated 80,000 dogs living on the streets in Bogota alone. They’re mistreated and often get injured or killed in traffic accidents as they make their ways from one busy stretch of road to the next.

So it’s wonderful to see a new initiative has sprung up in Valle del Cauca called Project ComeDog, a not-for-profit organisation that aims to improve the quality of life of street dogs and cats throughout the country by setting up food dispensers to give them access to what is perhaps their only meal of the day.

The project, which is already established in Manizales, Popayan, Pereira and other cities, is more than just about feeding stray animals, though, says Cali organiser, Andrea Rizo. The project also aims to provide adoption services, stop the likelihood of ongoing breeding through desexing and focuses on educating the community about the the fair treatment of animals.

“There are probably people who buy (stray animals food) just for their health, but the integrity of the project includes everything, even raising awareness of the issue in the community,” Andrea said.

This isn’t the first such project to pop up in Colombia. A similar initiative was created by Colombian actress, Jimena Hoyos, who founded Gozques, an institution that also helps feed strays, after she became disheartened about the number of street dogs she saw on the streets of Bogota.

“The magnitude of their love, their loyalty, their complete devotion. Every time I come back to Colombia, I see so many mutts, homeless dogs in the streets,” Hoyo says. “There is a lack of sympathy from people. They tend to treat them abusively, cruel and damaging. There is lack of veterinary care and medicine and, of course, lack of food and safe shelter for these dogs.”

Inspired by her own dog, Zico, Jimena has since set up a food dispenser in front of her restaurant, where more than 40kg of food as well as trays of water are available to street dogs throughout the day. To fund her initiative, Jimena travels around the country taking photos of street animals. She then prints the images, which are exhibited and sold.

Anyone interested in getting involved with ComeDogs Valle de Cauca is encouraged to get in touch with the group on 3153662626, or follow them on Instagram or Facebook. They are always on the lookout for donations, sponsorships, foster homes and pet-friendly people looking to adopt.

Where to get a tattoo in Colombia?
What’s it like living in Colombia?
6 Completely illogical reasons not to travel Colombia