6 Reasons why travelling to Colombia is scarier than you think 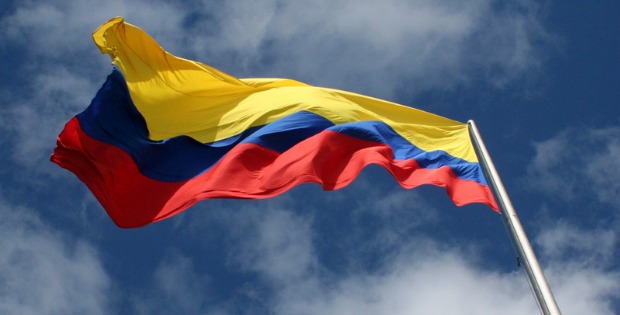 It’s rare that I’ll get through the week without receiving an email from someone about to embark on a trip to Colombia, or at least thinking about making a trip to the South American country.

Did anything bad happen to you while you were there? Is there anything I should be worried about while I visit the country? Should I be scared? These are the kinds of questions I usually get.

Sure, you think you’re just passing through Colombia, or just visiting en route to another South American country, but so great is the pull of Colombia that you might never, ever leave. There goes your big South American adventure! You, like myself, and so many other expats, might just find yourself unpacking your backpack and settling in to a home, a lifestyle and a new life living in Colombia, whether you were expecting to or not!

I was interviewed by a local television program in Bogota about why an expat like myself loves living in Colombia so much. My response was generally about the many places to visit in Colombia, the friendly people and the food. As you can imagine, I spoke about arepas for a good few minutes. After watching the program, once it had gone to air, though, I had realised that thanks to all those arepas, and those other comfort foods and meals filled with several carbohydrate-laden side dishes, I had put on a good 10 kilos in the process. So beware, you too might put on weight while in Colombia. Although, it will be totally worth it!

3. Christmas will be ruined for you forever

I mentioned this in a post late last year, but it is true. Spend a Christmas in Colombia and the holiday will be ruined for you forever. Christmas lights around the world just won’t compare to those in Medellin; you’ll miss the month-long celebrations; you’ll wonder why everyone doesn’t spend the festive season partying with friends and family and surrounding themselves with great salsa music and fried cheese balls. There’s the food again. You might want to make that 12 kilos.

4. A meal just won’t be complete again without cheese

Cheese is not just limited to the likes of pizza and pasta toppings. In Colombia, cheese is the perfect accompaniment to pretty much anything, fruit salads and hot chocolate included. I have spoken about my love of hot chocolate and cheese a number of times, but that is because it just makes you realise how important cheese really is in everyday life in Colombia. Cheese makes everything better.

5. A party won’t be the same without some Colombian influence

Colombians know how to party. They do. The whole family gets involved and before you know it, everyone is dancing salsa in the living room while someone’s uncle is cracking open another bottle of arguardiente. Who knows, maybe the neighbours might come around, too, before you all decide that the party has all become a bit too much for abuelita and it’s time to head out to a club or bar until the sun comes up, instead.

6. You’ll find yourself loving the country

Anyone who has visited Colombia will tell you the country is so much more than the media depicts. You might just find yourself becoming an unofficial ambassador to the country, making sure everyone knows that it’s Colombia, not Columbia, that it is a safe place to travel, that the people are amazing and the food is great. What’s really scary, is it might just become such a big part of your life that you’ll be compelled to share as much of the country with the world as you possibly can. Don’t say I didn’t warn you, ok?

So, should you be scared of travelling Colombia? Yes, abso-friggin-lutely!

Have you travelled through Colombia? Share your experiences of the country in the comments section below. I’d love to hear all about it!